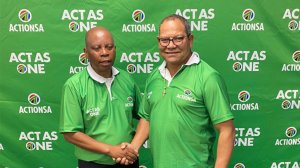 Moodey will serve as the party’s chairperson in Gauteng.

The announcement was made by Mashaba following the conclusion of the party’s inaugural meeting of the Interim Senate this weekend.

Mashaba described Moody as a veteran civil servant who had dedicated his life to the service of the South African people.

President Cyril Ramaphosa said on Monday that broadening access to agricultural land for commercial production and subsistence farming is a national priority for government.

In his weekly address to the nation, the President said that although more black South Africans had received land during the post-1994 land reform process, the effects of the 1913 Natives Land Act continued to be seen in patterns of farmland ownership.

He warned that the monopolisation was not only a hinderance to a more equal society but that it could also lead to social unrest.

Algeria will take further steps to ease the coronavirus lockdown including reopening schools and universities after a fall in the number of daily infections.

Under the new measures, schools and universities will reopen on October 21 and November 22 respectively, the government said in a statement after a cabinet meeting.

The North African country has eased restrictions relating to the novel coronavirus, including resuming public transportation as well as reopening some businesses, mosques and leisure venues.

Making headlines: Right2know to picket against PPE corruption, Covid-19 claims another 132 people and, Nigeria develops its own Covid-19 test kit →