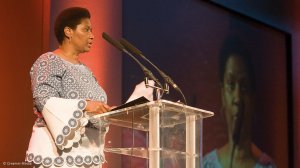 ANC KwaZulu-Natal secretary Bheki Mtolo said that party leaders and structures must preserve the integrity and the unity of the ANC as the build-up to the upcoming elective December conference gains traction.

The ANC’s 55th national elective conference, which will see the election of the party’s new president, will take place between November 16 and 20.

Addressing the media following the PEC Meeting, Mtolo called upon all genuine and loyal and committed members of the ANC and all its structures to display their high level of loyalty to the ANC and the people of South Africa.

He reiterated that the leadership of the ANC in KZN should demonstrate loyalty towards the party to make sure that the ANC remains alive.

Tania Campbell has been voted back into office as the mayor of Ekurhuleni.

Campbell received 124 votes in a special council sitting convened to elect a mayor. She was voted out during October in a motion of no confidence tabled by the African National Congress.

The ANC's Jongizizwe Dlabathi failed to garner enough votes to usher in the ANC's return to power in Ekurhuleni.

The ANC failed to reach an agreement with the Economic Freedom Fighters which would have seen the two co-govern Ekurhuleni.

The ANC Veterans League task team has thrown its weight behind Phumzile Mlambo-Ngcuka as its preferred candidate for party deputy president.

They also want President Cyril Ramaphosa to be given a second term as party president.

The Veterans League consolidated its nominations on Monday, as the deadline for submissions drew to a close.

Mlambo-Ngcuka has an extensive political resumé and has served as United Nations under-secretary-general and executive director of UN Women from 2013 to 2021.

She also served as a Member of Parliament between 1994 and 1996, as part of South Africa’s first democratic government.