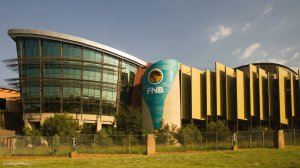 IEC calls for calm as voting begins on Monday

The Electoral Commission of South Africa has appealed for the reduction in political activities to allow space for voting to take place peacefully.

This as close to 23 000 voting stations will open from Monday until Wednesday, with special votes being cast on Monday and Tuesday.

IEC spokesperson Kate Bapela said any hindrance or obstructions in the work of the Commission in the exercising of its duties is prohibited.

She added that the Electoral Act also specifically prohibits political meetings, marches, demonstrations or any other political event on voting day.

ANC vows to act on corruption

The ANC vowed yesterday that it would kick-start the economy and deal with corruption, three days before elections at which its overwhelming majority faces its sternest test since the party rose to power.

The country's second-biggest opposition party, the EFF, challenged the ANC's governance record and promised a tougher stance on corruption and economic policies to target racial inequality.

First National Bank said on Monday it had set up an initiative to help those affected by storms and floods in parts of the KwaZulu-Natal and Eastern Cape provinces as well as South Africa's neighbour Mozambique.

The #HelptoRebuild initiative is an appeal to FNB customers and broader society to contribute towards relief efforts for displaced people and communities in the affected areas.

FNB Public Sector Banking CEO Sipho Silinda said the bank was actively identifying, participating and contributing to initiatives that make a difference for both individuals and communities in need.