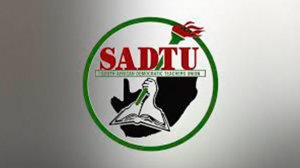 Making headlines: Government hits back at Sadtu's call for schools to stay closed amid Covid-19 surge, Mboweni says suggestion that SA can spend its way out of low growth is misguided and, Zimbabwe delays schools reopening due to rising Covid-19 cases

The Department of Basic Education has hit back at the South African Democratic Teachers Union who resolved schools should close amid a peak in coronavirus cases, saying such a decision will only be made by the Cabinet.

It has been reported that Sadtu, the biggest teachers' union in the country, held a meeting to plot the way forward as Covid-19 infections surge.

The union's secretary-general, Mugwena Maluleke, said its national executive committee had resolved schools should stay closed until the end of the peak.

Mboweni and the National Treasury have come in for criticism over their determination to rein in spending and stabilise debt which is now set to spiral to 81.8% of gross domestic product in the current financial year from 65.6%.

The reopening of schools for examination classes in Zimbabwe has been delayed due to the rising number of localised coronavirus infection cases, state media reported on Wednesday.

Almost all infected people were those returning to the country and these infections were discovered in quarantine centres.

However, the number of internal infections is now surpassing imported infections, as revealed in many recent daily reports.