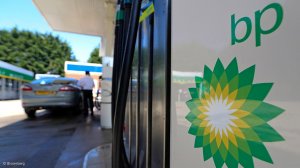 After a weekend of marathon meetings with Eskom leadership to reach a wage agreement with unions, labour is likely to emerge with a position on whether to accept the power utility's latest wage offer tomorrow.

The National Union of Mineworkers, the National Union of Metalworkers of South Africa, and Solidarity resumed wage negotiations on Friday after a deadlock in wage talks triggered strike protests at several Eskom plants, hindering vital maintenance work and plunging the country into Stage 6 load-shedding.

After an intervention from Public Enterprises Minister Pravin Gordhan, NUM and Numsa went back to negotiations at the Central Bargaining Forum. Solidarity criticised the protest disruptions and the load-shedding.

Eskom resumed wage talks with a revised offer of 7%. As talks resumed the NUM's demand stood at 10% while Numsa's demand was 12%. Solidarity's last demand was 5.9%.

Some African National Congress national executive committee members are not convinced of President Cyril Ramaphosa's willingness to present himself before the party's integrity commission over the Phala Phala farm theft saga.

Media understands that an NEC meeting called over the weekend to, among other things, discuss the Eskom crisis, was used by some NEC members to question Ramaphosa's commitment to present himself before the party's integrity committee.

An NEC member said that some members confronted Ramaphosa, saying he was not prioritising the Phala Phala farm theft and the allegations against him.

Another NEC member said Ramaphosa had to reiterate his commitment to presenting himself before the integrity commission and added that the delays were not as a result of him avoiding the commission.

And, South African fuel prices to jump again in July

Motorists will face large fuel price hikes on Wednesday, as the petrol levy cut falls from R1.50 a litre to 75c.

Paraffin prices will increase by R1.66 a litre, while the maximum LPGas retail price will fall by R2.18/kg.

In April, government cut the petrol levy by R1.50 a litre in an effort to relieve the economic stress of surging fuel prices.