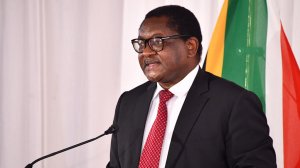 The ANC in Gauteng has instructed Gauteng Premier David Makhura to appear before the provincial integrity commission in an effort to ascertain whether he failed to exercise oversight amid ballooning corruption involving his office.

On Wednesday, the provincial executive committee met and fingers were pointed at Makhura for not taking accountability amid scandals involving his administration.

Last year, Makhura was forced to fire then-health MEC Bandile Masuku for failing to exercise oversight after rampant corruption was flagged in relation to the procurement of personal protective equipment.

ANC KwaZulu-Natal secretary Mdumiseni Ntuli has stated that the arrest of former president Jacob Zuma for defying a Constitutional Court order will have serious implications for the ANC.

The Zondo commission has laid criminal charges against Zuma for failing to appear before it last month and has said it will take further action if Zuma does not comply with a subpoena for him to appear next week.

Ntuli said Zuma should be convinced not to ignore a subpoena to appear before the Zondo commission of inquiry.

He said if Zuma is arrested there will be serious consequences to the unity and cohesion of the ANC.

Kenya says it will move ahead with AstraZeneca Covid-19 vaccine

Kenya is going ahead with its plan to inoculate its citizens against Covid-19 using a vaccine developed by AstraZeneca, dismissing concerns over its efficacy.

The chief administrative secretary at the ministry, Mercy Mwangangi  confirmed that Kenya is going to continue with AstraZeneca.

He said Kenya will do its own sequencing afterwards.

The major challenge of the mining industry is the imperative of growth, African Rainbow Minerals (ARM) executive chairperson Dr Patrice Motsepe said on Wednesday, when the 25 000-employee ARM reported record financial results. “You’ve got to replace the orebody that you’re mining with an equally world-class and an equally competitive orebody,” said Motsepe at ARM’s presentation of cash-rich interim results, which include a 100%-higher interim dividend of R10 a share. (Also watch attached Creamer Media video.) →