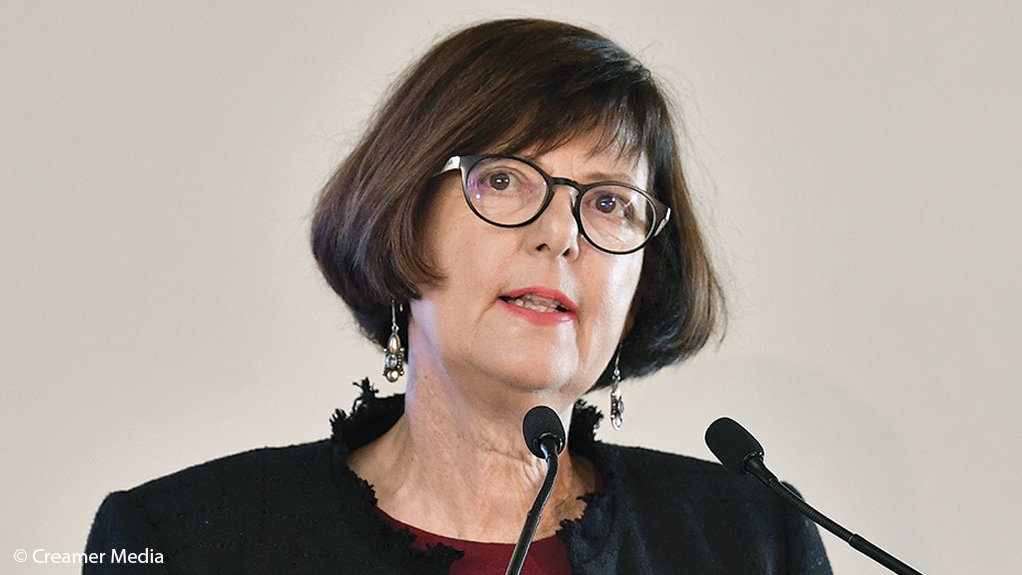 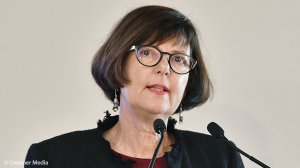 The commission will advise government on an “ambitious and just transition” to a low-carbon economy and climate resilient society, she says.

In addition, climate change mitigation efforts will be boosted by a revised Nationally Determined Contribution (NDC) of emissions which was recently released for public comment ahead of the United Nations Framework Convention on Climate Change (UNFCCC) twenty-sixth Conference of the Parties that will take place in November.

Also, the long-awaited Climate Bill has been certified by the State law adviser and is currently on its way through the Cabinet system in preparation for tabling in Parliament later this year, adds Creecy.

She says the regulatory architecture to guide South Africa’s transition processes advanced over the past year, with the Low Emissions Development Strategy being communicated to the UNFCCC and the National Climate Change Adaptation Strategy, which coordinates adaptation actions at all levels of government, having been finalised in 2019.

A healthy environment must be one free from waste pollution, Creecy states, adding that implementation of the National Waste Management Strategy 2020 is a top priority.

“First and foremost, we must change citizen behaviour and encourage everyone to dispose of waste in a responsible manner. We must stop dumping household waste and fast food packaging in the environment. We must refuse single use plastics when buying our favourite take away,” she advises.

As such, she says plastic is the key focus area in terms of managing pollution, and that the new requirements for plastic carrier bags, which will need to incorporate 50% recycled content from 2023 and 100% recycled content by 2027, were published in April.

“This will not only ensure circularity, but will see product design taking the environment into consideration,” says Creecy.

Also, regarding waste leakage, she points out that marine litter remains a national concern, and that, as part of the Presidency’s Employment Stimulus Initiative, the Department of Forestry, Fisheries and the Environment (DFFE) has obtained approval to expand the Source-to-Sea Programme into 16 coastal districts, with the target of creating at least 1 600 work opportunities.

“To ensure all municipalities increase the number of households that have regular access to weekly refuse removal, the National Treasury has agreed that cash-strapped municipalities can now use a portion of the Municipal Infrastructure Grant funding to address shortages in the waste management fleet and landfill operation equipment,” says Creecy.

Meanwhile, the Minister says that, because of the organised nature of environmental crimes, the various law enforcement role-players and intelligence structures will continue to work together to build on the success of the integrated compliance and enforcement programme of Operation Phakisa’s Initiative 5.

The programme will be scaled up this year and an administrative penalty system will be introduced across the environmental regulatory regime. An integrated information management system will also be rolled out through the newly-established Environmental Enforcement Fusion Centre.

Meanwhile, Creecy notes that 1 211 t of the 4 200 t of mercury-containing waste stockpiled at Cato Ridge, in KwaZulu-Natal, has been packaged and exported to Switzerland for treatment.

Mercury stockpiles were abandoned at the Thor Chemicals factory after it closed about 30 years ago, leading to leakage into the environment and concern over its toxicity from various parties.

“An intergovernmental expert team is working together to resolve the pollution-related issues surrounding this matter. It is anticipated that the repackaging and removal of this material will be finalised by mid-2022 with final remediation completed 2023,” she concludes.

In terms of wildlife, Creecy points out that a key area of the DFFE’s attention in the coming weeks and months will be the implementation of the recommendations of the High Level Panel that had been appointed to review policies, regulatory measures, practices and policy positions related to hunting, trade, captive keeping, management and handling of elephant, lion, leopard and rhinoceros.

“The expected outcomes once we implement the recommendations include better balancing our economic, social, cultural and natural heritage needs, [with the report generated] re-imagin[ing] the role of protected areas, both State[-owned] and others, in contributing to ecologically sustainable rural development,” she adds.

The outcomes of this will place communities living with wildlife at the centre of the DFFE’s thinking so it can focus on enhancing human-wildlife co-existence, and develop transformative approaches to access and benefit sharing for communities living on the edges of conservation areas.

This will create a “new deal for the people and wildlife”, states Creecy.

Further, she highlights that there is great interest in the panel’s outcomes, in particular from private rhino owners who feel that the substantial contribution they make to rhino conservation has been ignored.

However, Creecy says that “nothing could be further from the truth” and that she will meet with the Private Rhino Owners Association next week to discuss the details of the panel’s recommendations.

African countries raised an objection on Tuesday to a US-led proposal to reform the International Health Regulations (IHR), a move delegates say might prevent passage at the World Health Organization's (WHO's) annual assembly. If Africa continues to withhold support, it could block one of the only concrete reforms expected from the meeting, fraying hopes that members will unite on reforms to strengthen the UN health agency's rules as it seeks a central role for itself in global health policy. →