Coronavirus, multiple crises and the need for human solidarity

Coronavirus, multiple crises and the need for human solidarity 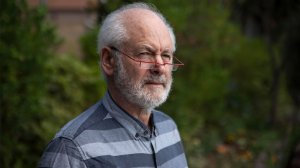 It is well known that South Africa is experiencing a range of crises and in many cases, it seems hard for these to be surmounted. There is a heavy debt that the state has incurred, threatening the existence of what have previously been key state enterprises.

The public does not have a significant level of trust in political figures, partly because many have been implicated to a significant extent in acts of wrongdoing that have depleted these resources.

From past performance, there is a wariness about relying on the public service to deliver what they are paid to do. We have learnt not to expect reliability so that we are slow to acknowledge it when it does happen as appears to be the case with the current CEO of Eskom, André de Ruyter.

The debt crisis has a range of spin offs, not only economically, but affecting a number of areas of social life. In the field of social care, there have been cutbacks on dedicated health services in hospitals. The performance of nurses and doctors is often substandard partly because of poor working conditions and low pay. Educational facilities have suffered with continuing dilapidated schools in rural areas with pit toilets where some toddlers have already died. The extent of crime has meant that many citizens do not know how to satisfy certain basic needs in their life without paying a bribe. The police are ready to use violence, but they are within a society that is suffused with violence - in the homes and especially against women, residential areas, schools, prisons and many other places.

But the way that each of these crises is experienced is not simply a personal question but mediated by whether one is poor or living in an area with or without water or uncontaminated water, or with a roof over one’s head or one or other makeshift condition.

With many of these crises we experience personal inconvenience but also acts of kindness and selfishness. Let us consider load shedding. Traffic lights are often not working and by now most people know that there is a convention, which preceded load shedding, whereby each car waits its turn to be able to drive across or turn left or right. This has become stressful because by about  6pm many are not encountering this for the first time in the course of one day. In this situation, some take risks and cut across when it is not their right of way and endanger themselves and others.

Likewise, we are one of the countries - and it may soon be every country - that has reported cases of infection by the coronavirus. We all need the means to protect ourselves from infection, the sanitising liquids and cloths that can be used for washing and warding off the contraction of the illness. When we go to the pharmacy or other health outlet, we are one of many needing these goods. It is reported that some people fill whole trolleys with sanitising items and empty the shelves, so that no one else can purchase what they need to protect themselves. In other countries, and no doubt it will or has already happened here as well, people have fought over these purchases.

Here and in other countries the coronavirus, which was first observed in China, is resulting in racist outbursts towards Chinese and other Asian people who are held to be responsible for the outbreak and the danger that we face. One person of Asian descent reported coughing softly into her cloth, only to have people turn on her and tell her to go back to “where she came from”.

What we are seeing or hearing about is the antithesis of values of caring, concern or ubuntu, that are supposed to be foundational values in South Africa. These demand that the wellbeing of others be as important as that of ourselves.

There is some sensible advice that has been posted on the internet, though very many do not have access to wi-fi or computers or smart phones and may not see these. One such communication is the very simple one, that can ensure that we do not succumb to the disease. That is to regularly wash one’s hands and find ways of disinfecting oneself in the event of making contact with people who may be bearers of the virus, in a range of places where one interacts with a lot of people.

But there is a large category of South Africans who cannot follow the advice to regularly wash their hands and disinfect. They have no water or clean water. The government effort is not scheduled to remedy this problem immediately or in the near future.  (https://city-press.news24.com/Voices/editorial-now-that-the-virus-is-here-20200308). When previous ministers and officials stole monies meant for these services, they also made more precarious and dangerous the very impoverished lives of the many, who have not seen fresh water for years or seen it become contaminated or the supply stopped. These acts of fraud affect the poor in almost every part of South Africa and those allegedly responsible and having derived great benefits, audaciously champion the fake slogan of “radical economic transformation”.

The absence of safe ablution facilities in many schools, leading to deaths of toddlers in pit toilets, highlights another danger. It is already dangerous that learners have to continue to use facilities that cause loss of life. But insofar as there is often an absence of water, basic hygiene cannot be practised, making this another point of potential spread of the virus. In spite of this being a source of deaths and continuous danger the authorities have opposed court cases intended to force their compliance with orders to provide safe facilities. The president’s urgent task team undertook to eliminate safe toilets only by 2030.

Despite the frequent references to ubuntu, there is not in fact a strong tradition of mutual solidarity amongst South Africans. This has not always been the case, especially at the height of the Struggle against apartheid, as noted by revered theologian, Father Albert Nolan (God in South Africa.  The challenge of the gospel, 1988, chapter 8). Some people do care about how small and big matters affect others. Very many people will intervene to stop a child from crossing a road where there is an oncoming truck. Many will assist old people who may stumble under the load of their groceries or for some other reason. And there still are many who try to live out the values that animated the liberation Struggle, at its best.

There are these resources of care and concern and solidarity towards others that remain, despite all the years of oppression and then liberation from apartheid coupled with stealing from the poor.

So what we have in South Africa is a tension between mutual solidarity, a sense of connectedness with others with whom we live and a selfishness whereby there is only concern for one person, the ‘I’ who buys all the sanitising items, preventing other shoppers, but also having no thought for the very many people in this country who will not have the means to get to Dischem or Clicks nor the money to purchase these items.

I appreciate the authoritative and clear statements of the authorities, limiting panic, but providing warnings. But there does not appear to be a plan to make soap or other cleansing and disinfecting products available to people living in informal settlements or in arid, waterless rural villages.

Many of those who bear responsibility for this crisis-within-a-crisis still refer to the people of South Africa in terms conveying kinship, belonging, that members of the ANC and the people of South Africa belong together, that they are one. In the Struggle many people put this into action by taking acts that entailed personal danger in order to remedy some of the hardships of the poor. That spirit needs to be recovered and renewed in the present period. It ought to come from the political leadership and in other areas of the state. But those of us who are not in such positions, need to diffuse the ideas of liberatory and emancipatory conduct. In short, that is based on the principle that “an injury to one is an injury to all”. That ethos is found in the Bible, the Torah, the Koran and other faiths, in the labour movement and in communism. We need to reignite this spirit, in order to ensure that when we address the coronavirus and other hazards, we do so for all and ensure that all are protected, not a few.

Raymond Suttner is a visiting professor in the Faculty of Humanities, University of Johannesburg, a senior research associate at the Centre for Change and emeritus professor at UNISA.  He served lengthy periods in prison and house arrest for underground and public anti-apartheid activities.  His writings cover contemporary politics, history, and social questions, especially issues relating to identities, gender and sexualities.  He blogs at raymondsuttner.com and his twitter handle is @raymondsuttner.  He is currently preparing to write memoirs covering his life experiences as well as analysing the periods through which he has lived.

Vaccine production in South Africa: how an industry in its infancy can be developed

The issue of vaccine production has become a topic of hot debate following the approval of treatments for Covid-19. In South Africa angry exchanges have been spurred by the country’s lagging access to Covid-19 vaccines. Generally, vaccines are produced by private companies who sell the vaccine under contracts. In some cases, producers will make provisions for access in particular markets. This is sometimes as a condition for receiving early development funding or for allowing parts of production to occur in a particular country. Some middle-income countries, particularly India, Argentina and Mexico, have sufficient production capacity to be partly indispensable. These countries have strategic leverage to get vaccines because of their own vaccine manufacturing capacity. →