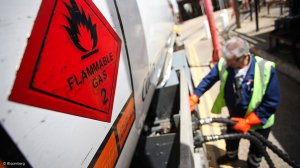 The Competition Commission on Friday published terms of reference giving notice of its intention to institute a market inquiry into the state of competition in the liquefied petroleum gas (LPG) sector.

The terms of reference were published in the Government Gazette and members of the public were invited to provide information to the inquiry, which would conclude in October 2015.

Elaborating on the rationale for the market inquiry, the commission stated that it had reason to believe that there were features of the sector that “prevented, distorted or restricted competition.”

Law firm Cliffe Dekker Hofmeyr competition practice senior associate Albert Aukema said the commission was concerned over what it believed to be the limited supply of LPG in South Africa and the impact this may have on competition in the sector.

In the terms of reference, the commission said it understood that, of the country’s six refineries – Sapref, in Durban; Sasol Synfuels, in Secunda; PetroSA Synfuels, in Mossel Bay; Natref, in Sasolburg; Enref, in Durban; and Chevref, in Cape Town – only two allocated a certain proportion of their total LPG supply to wholesalers, which may have an impact on competitive dynamics in the downstream wholesale market.

Further, Aukema noted that the commission would also, among other aspects, consider the role of gas brokers in the LPG market and the impact of LPG imports.

The commission stated in the terms of reference that there were firms trading at the wholesale level of the market that were not “conventional” wholesalers of LPG.

These firms, referred to as brokers, received an allocation of LPG from the refineries before selling this allocation to the wholesalers.

“These firms, therefore, do not participate actively in the wholesaling of LPG
and may not even have the necessary equipment, but rather play the role of a middleman between refineries and wholesalers in instances where they have managed to secure allocation.

“Due to the shortages in LPG supply, these firms may have an impact on
competitive dynamics at the wholesale level of the market. This impact will be explored during the market inquiry,” the document read.

The commission added that it would evaluate the subject matter of the inquiry through a review of secondary material obtained through information requests, consultations and summons, as required.

It would also hold public hearings and undertake targeted interviews if the need arose, while all interested and affected parties would be invited to submit information that was relevant to the subject matter of the inquiry to the commission.

Participants in the market inquiry process would include business enterprises along the LPG value chain, other related business enterprises, end-users, government departments, public entities, regulatory authorities, industry associations, and any other stakeholders that may be able to provide
information relevant to the investigation.

Ousted City of Johannesburg Mayor Mpho Phalatse said on Wednesday she and her party, the Democratic Alliance (DA), were confident the Gauteng High Court will declare last week’s council meeting in which she was ousted as mayor irregular and unlawful. Phalatse was removed as the mayor of Johannesburg in a special sitting and replaced with African National Congress (ANC) councillor Dada Morero. →