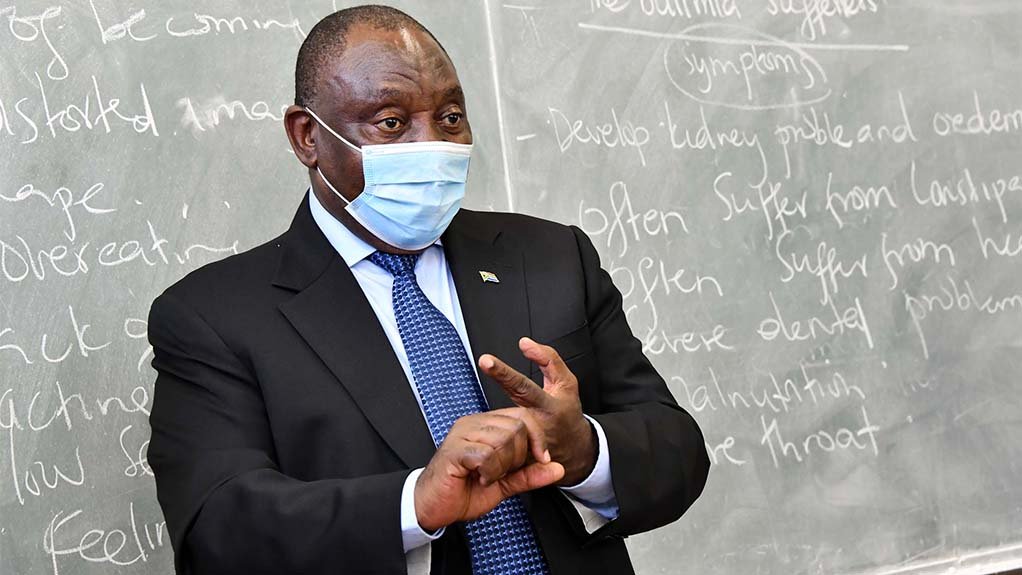 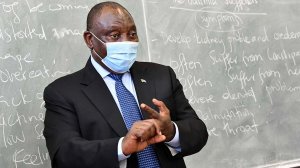 President Cyril Ramaphosa on Tuesday praised the class of 2020 for its achievement of a 76.2% pass rate, describing them as scholars of courage.

Ramaphosa paid tribute to matriculants who sat for the exam in 2020, saying they were inheritors of the mantle of the brave generation of 1976.

“In the face of great difficulties brought about by the Covid-19 pandemic, our learners have been resilient; they have done themselves, their families and their country proud,” he said.

He added that matriculants had to prepare for the crucial exam under challenging and highly pressured conditions, necessitating adjustment to the lockdown restrictions as well as extra work and effort.

He recalled Tebogo ‘Tsietsi’ Mashinini who at a meeting in Soweto just days before the fateful protest in 1976 delivered a speech to reassure the anxious students.

“Against the greatest of odds our matriculants persevered to write their exams last year; as Tsietsi said that day, let us indeed honour the charge they made,” Ramaphosa recalled.

The President also applauded the 75.8% pass rate among female matriculants, saying this laid an important foundation for the empowerment of young women in the country.

He thanked the country’s educators, teachers’ unions, school staff and parents for their support to the matriculants throughout the school year.

Ramaphosa concluded by encouraging those matriculants who did not pass the exam to take advantage of supplementary exams, the Department of Basic Education’s Second Chance programme and other support mechanisms.

Eskom CEO André de Ruyter told Parliament on Friday morning that the suspension of the power utility's chief procurement officer, Solly Tshitangano, will not compromise Eskom's ability to stay on top of its procurement deviations and expansions. Tshitangano was suspended for poor performance. On Wednesday, his suspension was explained to Parliament's Standing Committee on Public Accounts by an Eskom delegation. However, on the same day, it was also revealed that Tshitangano had sent a letter to the committee containing allegations against De Ruyter - among other things, that the CEO had flouted procurement guidelines.  →