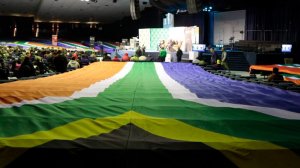 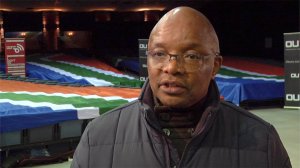 Representatives from over 130 civil society organisations gathered on Tuesday at the Conference for the Future of South Africa, in Johannesburg, to publicly unite South Africa against corruption, State capture and the abuse of power by President Jacob Zuma’s government.

SaveSA convenor Sipho Pityana gave the opening address in which he asked delegates whether such a gathering would have been necessary had the advice of former President Nelson Mandela on matters of how to govern the country been heeded.

“Would we be meeting here today to plan how to recapture our democratic State from the hands of rogues and criminals? We are here today because we did not listen,” he said.

“And because of that, we are left lamenting, bemoaning, complaining and even swearing in desperation at what is increasingly perceived as an unstoppable, powerful and brazen march of the evil force of corruption.”

In the same way that apartheid was defeated through the combined efforts of South Africans, he emphasised that the country’s citizens must combine their efforts, resources and energies to maximize impact and stop State capture.

WE ARE THREATENING ZUMA, GUPTAS
He warned delegates to not underestimate what they were up against and pointed out that joining the campaign against State capture threatened the livelihoods, incomes and lifestyles of many people, including Zuma’s and the Gupta family’s.

Civil society campaigns were also threatening the careers and lifestyles of corrupt Ministers, public servants, business people both in State-owned companies and in the private sector.

“We are disrupting ugly networks of international criminal syndicates involved in racketeering, money laundering, and the disabling of functional States and converting them into agencies in their international criminal enterprise. They are powerful players, from both the private sector and sometimes governments in places such as China, Dubai, India, Russia and some African countries among others,” Pityana revealed.

CAPTURED LEADERSHIP
He said it was sad that even police leadership was captured, leaving South Africans exposed. Crime intelligence was being captured by corrupt elements and was slowly being transformed into an apartheid-style security police, he added.

Some in the leadership of the National Prosecuting Authority may have also been captured and the Public Protector was a cause for concern having raised doubt about her competency, making this a massive battle. However, Pityana urged delegates not to shy away from the tasks involved.

“The more we take back power, the more we roll back State capture, the more desperate they are going to become. We must remain vigilant, we must remain aware, and we must stand united in the face of threats, intimidation and thuggery.

“This struggle has already claimed lives in the political violence we’re seeing in KwaZulu-Natal, Mpumalanga and other parts of the country. It has also claimed careers, including the SABC Eight, [which included journalist] Suna Venter, who paid the ultimate price; may her soul rest in peace,” said Pityana.

He demanded an immediate appointment of a judicial commission, as recommended by former Public Protector Thuli Madonsela, as well as transparency in the appointment of all key positions, including those in State enterprises.

He went on to highlight the need for the Independent Electoral Commission to remain independent as the 2019 national elections approached.

Further, pressure should be placed on MPs to vote out Zuma through the motion of no confidence on August 8 set to take place in the National Assembly.

Civil society underscored their support for MPs who voted with their conscience.

“We have made many mistakes as a nation since we fought for liberation. We have written a Constitution that did not envisage the sort of corrupt leadership we have today. We have entrusted untrustworthy people with power. We have allowed the gains of liberation to be stolen away. Today, we are going to stop that. Working with common purpose, we are going to take back power and shape the future of South Africa. We are going to restore power to the people,” Pityana concluded.