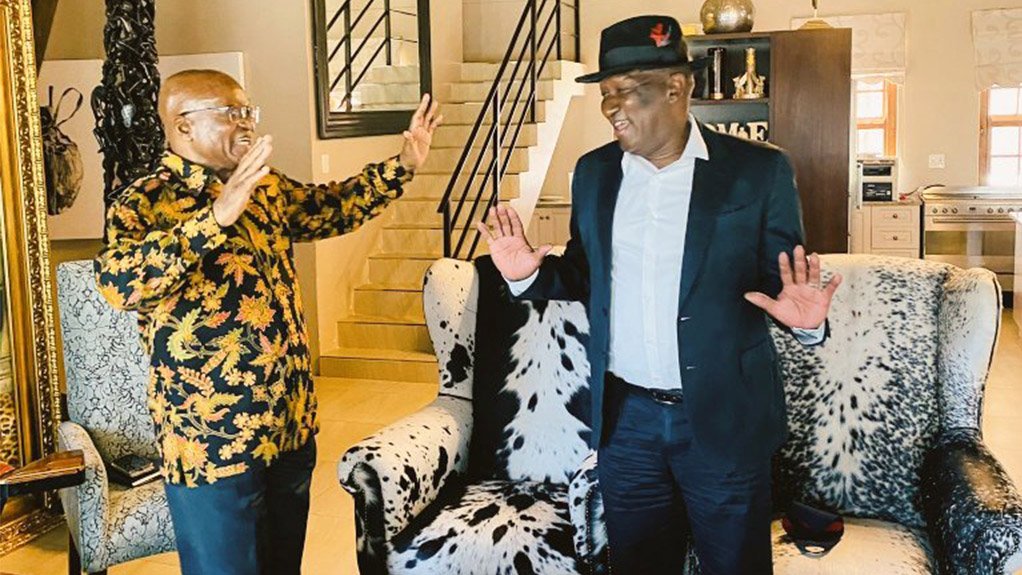 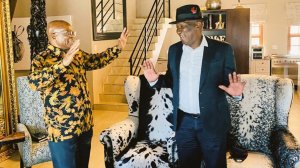 Police Minister Bheki Cele on Friday said his visit to Nkandla saw him have a "broad discussion" with former president Jacob Zuma - and he "surely did not drink the tea".

He said the aim was to "find [a] solution before those other times where you find yourself crossing the line, having a problem that you could have stopped".

"It was that kind of talk," he said at a media briefing on the release of the quarterly crime statistics.

He said they spoke about "several things" regarding government and the party, "including all other things that are prevailing, but more so for me to be able to report back".

Democratic Alliance Chief Whip Natasha Mazzone on Friday called on Cele to clarify in which capacity he met with Zuma.

"It is highly irregular and unprecedented for a Police Minister to have 'tea parties' with someone who many believe should be locked up in a police holding cell for being in contempt of court," she said in a statement.

"Minister Cele supposedly met with Zuma in his capacity as an ANC NEC member. However, it is no coincidence that the Minister was sent by the ANC to meet with Zuma given the fact that the matter of the former president's contempt of the Constitutional Court relates very closely to Cele's portfolio as Police Minister."

She said it "once again demonstrates the ANC's disregard for the separation of party and state", and that the party would lay an ethics complaint against Cele.

"Further, if Cele did not meet with Zuma in his capacity as Police Minister, why did he arrive at Nkandla with a police convoy paid for by the taxpayer? If public funds were involved in this meeting, the money must be reimbursed and the details of the meeting should be made public."

Cele said he "did not visit a person who has been arrested for not appearing [before the] commission".

"It's because maybe this is a high profile [matter]. There are many cases where we maybe visit if you can make a contribution to prevent that thing to happen before it happens and becomes a disaster - if it does become a disaster," he said.

He visited Zuma to "speak to the former president to raise some concerns that were raised, to hear his concerns and see where to take those forward".

He added that "even when we campaign, we are allowed to use these state cars", and that he "would not have taken an Uber to go and see the former president".

"So I took the cars that are there."

The Commission of Inquiry into State Capture has asked the Constitutional Court to sentence former President Jacob Zuma to two years behind bars for contempt – after he defied its ruling that he appear before the commission and answer non-incriminating questions. In an urgent application filed at the Constitutional Court on Monday afternoon, the inquiry seeks an order that Zuma "intentionally and unlawfully" failed, "... to appear before Deputy Chief Justice Raymond Zondo on 15-19 February". It wants Zuma to be ordered to pay the costs of the contempt application – which is believed to be the first of its kind in South African history. →