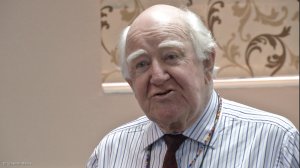 JOHANNESBURG (miningweekly.com) – The cause of global warming remains unknown and the information being used to determine its effects is too recent to form a good basis for conclusions.

Outlining this at an event organised by the Fossil Fuel Foundation, Cape Peninsular University of Technology energy professor Philip Lloyd said that contrary to widespread reporting, global temperatures were not rising excessively and nor had there been recent indications of an acceleration in the rising of the level of the sea.

University of the Witwatersrand school of geoscience professor Grant Cawthorn said it had still to be totally proven that carbon dioxide (CO2) was to blame for climate change, which retired former Wits University physics professor Dr Don Mingay described as being a natural phenomenon that had been present since the beginning of the earth.

“What we need to know is what’s causing global warming and the answer is we don’t know,” said Lloyd, who formed part of the Intergovernmental Panel on Climate Change (IPCC) team that shared the Nobel Peace Prize in 2007.

The satellite record, which dates from 1979, showed a different truth to thermometer record and seriously problematic was that official data kept on being adjusted.

Mingay postulated that there had been climate change in ancient times even though there was no evidence of ancient Egyptians and others having coal-fired power stations.

Lloyd pointed out that the Dutch took fumes from nearby furnaces and run their greenhouses at between 1 000 parts per million (ppm) and 2 000 ppm CO2 in order to stimulate plant growth.

“People work in there quite happily and plants do so well that they effect three crops every year,” he added.

The Public Servants Association (PSA) will begin balloting its members this week on whether to commence with its first strike in over a decade as the public service wage talks grind on with little progress. The last time the PSA went on strike in the public service was in 2010, demanding an 8.6% wage hike, having rejected government's 6.5% offer. That strike was successful. →