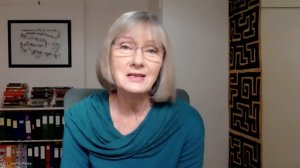 It should be remembered as a day of infamy in South Africa’s history but few know of a brutal massacre when police opened fire on people at an ANC Youth League organised event in Duncan Village in East London.

The official death toll was eight people killed by police gunfire and bayonet and two killed in retaliation, including an Irish nun and medical doctor, Sister Aidan Quinlan, who lived and worked in Duncan Village.

Today it is believed that between 80 and 200 died that day, most buried quietly by their families, who feared arrest if they sought help at hospitals. In the cover-ups and long silences that followed, the real facts of this tragedy at the height of the ANC’s Defiance Campaign were almost lost to history.

Bloody Sunday follows the trail of the remarkable Sister Aidan into the heart of a missing chapter in our country’s past – and what was one of the most devastating massacres of the apartheid era.

Mignonne Breier is a former journalist, lecturer and education researcher who has worked at the University of Cape Town, University of the Western Cape and the Human Sciences Research Council. She is also the author of Letters to My Son, published in 2013.

Bloody Sunday: The nun, the Defiance Campaign and South Africa's secret massacre is published by Tafelberg, an imprint of NB Publishers