Bending the Rules – From De Klerk to Mandela: stories of a pioneering diplomat

Bending the Rules – From De Klerk to Mandela: stories of a pioneering diplomat 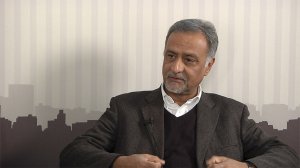 Rafique Gangat on 'Bending the Rules – From De Klerk to Mandela: stories of a pioneering diplomat'. (Camera & editing: Nicholas Boyd)

'Bending the Rules' is a colourful collection of anecdotes from Rafique Gangat's extraordinary life.

South Africa's first diplomat of colour, Gangat first worked for Foreign Affairs under the National Party and then for the African National Congress government, straddling the transition.

This book documents Gangat's battles against bigotry and prejudice, but also includes a healthy dose of sex, drugs and rock 'n roll: illicit liaisons across the colour bar, experiments with dagga, and ground-breaking ventures in music and radio.

Rafique Gangat grew up in Weenen, a small farming town in KwaZulu-Natal. A keen cricketer, in his youth he played for his province. After university, he dabbled in the music industry and radio before becoming a diplomat and representing South Africa as an ambassador. He now works as a communications and media consultant and lives in Jerusalem.

Bending the Rules is published by NB Publishers

Making headlines: Ramaphosa to attend SADC Summit in DRC, newly-elected ANC North West chairperson Nono Maloyi could be forced out due to unresolved case and, major union asks members to vote on first strike in 12 years →