Attorneys at risk of money laundering and terrorist financing abuse

Attorneys at risk of money laundering and terrorist financing abuse 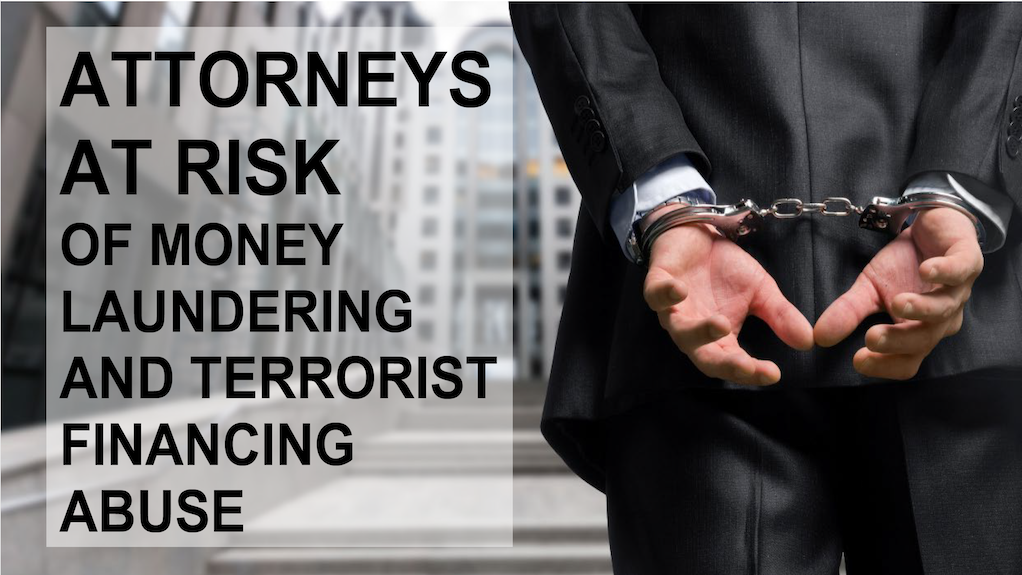 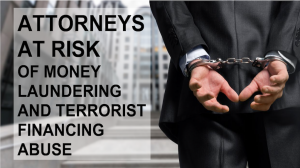 Provided by the Financial Intelligence Centre

Accountable institutions, which include legal practitioners such as attorneys, notaries and conveyancers are identified in the Financial Intelligence Centre Act (FIC Act) as being vulnerable to money laundering and/or terrorist financing abuse.

Dealing with sizeable financial transactions every day, attorneys, notaries and conveyancers play a significant role in driving South Africa’s economy and, they are equally important in ensuring the integrity of the financial system. In addition, the broad range of services they offer make them vulnerable to being targeted by criminals for financial abuse.

Money laundering risks associated with attorneys were brought to the fore through the Panama Papers leak in 2016. More than 500 banks, including several major financial institutions, their subsidiaries and branches, hired a Panamanian law firm to manage the finances of their wealthy clients.

The leaked documents revealed information about 214 000 offshore companies, that with the assistance of the Panamanian law firm, were created to conceal illicit funds and the people behind these structures. The leaks confirmed that front companies and offshore structures are widely used to conceal beneficial ownership of assets and relationships with mainstream financial institutions.

The broad range of services legal professionals offer, such as the creation of companies and trusts as well as facilitating property purchases and sales, can make them vulnerable to abuse.

The FIC has observed there was a lack of understanding among legal practitioners of their FIC Act obligations and the consequences of non-compliance. As accountable institutions, legal practitioners are obliged to register with and fulfil various FIC Act obligations including submitting reports to the FIC. A primary objective of the FIC is to analyse the various regulatory reports it receives from accountable institutions. The information extracted from these reports assists the FIC in its development of financial intelligence which law enforcement, prosecutorial authorities and other competent authorities can use for their investigations and applications for asset forfeiture where necessary.

Section 29 of the FIC Act provides an avenue for legal professionals to report suspicious transactions that may have arisen in their day-to-day business. Entities or individuals that submit reports under section 29 are afforded immunity as per section 38 of the FIC Act.

UNDER SECTION 29 OF THE FIC ACT, THE VARIOUS TYPES OF REPORTS WHICH MUST BE SUBMITTED TO THE FIC INCLUDE:

Suspicious and unusual transaction reports (STRs) – this is in respect of proceeds of unlawful activities utilised in money laundering, or suspicious or unusual activity. The report relates to a transaction or a series of transactions between two or more parties.

Suspicious and unusual activity reports (SAR) – this is in respect of proceeds of unlawful activities or money laundering, or suspicious or unusual activity, or when a client is suspected to be a person listed on the targeted financial sanctions list. An SAR relates to an activity which involves a transaction between two or more parties or a transaction or a series of transactions which has not been concluded, but about which enquiries are made, or in respect of an incomplete, abandoned, aborted, attempted, interrupted or cancelled transaction.

Terrorist financing transaction report (TFTR) – where there is a suspicion  relating to the financing of terrorist and related activities where the report relates to a transaction or series of transactions between two or more parties.

Section 29 reports serve to alert the FIC of the suspicion that a client may be abusing an entity for purposes of money laundering or terrorist financing. These reports must be submitted within 15 days of forming a suspicion concerning a transaction or activity. A section 29 report does not prevent one from continuing with the transaction. The attorney sector continues to play an important role in the fight against financial crime submitting 430 section 29 reports to the FIC in the 2018/19 financial year.

The FIC has published public compliance communication (PCC) 47 and guidance notes 4B and 6A which provide further direction to attorneys, notaries and conveyancers on their compliance obligations in terms of the FIC Act. All the PCCs and guidance notes are available on the FIC website along with other user manuals that will assist entities in fulfilling their obligations.

This reporting obligation arises from section 28A of the FIC Act, which relates to property under an accountable institution’s control and is known to be connected to the financing of terrorist activities and/or persons subject to targeted financial sanctions.

An accountable institution which has in its possession or under its control property owned or controlled by or on behalf of, or at the direction of a suspected or known terrorist, and/or a sanctioned person must report that fact and the prescribed particulars to the FIC within the five (5) days of becoming aware. An accountable institution must scrutinise its client information to determine whether such a person is a listed person. The transaction must cease immediately once the accountable institution becomes aware of this reporting obligation.

National Planning Commission commissioner Professor Viviene Taylor on Thursday said gender equality is essential, explaining that there is a need for political will at all levels, and adequate resources to implement plans to achieve women’s development. Taylor was speaking during the NPC’s virtual engagement, launching the Technical Paper on women and gender. The NPC is interested in assessing the changes in women’s development status and gender equality in South Africa, explaining that the Technical Paper aims to assist the commission in this respect. →