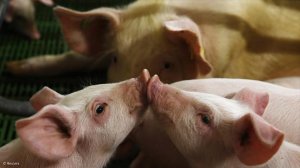 The Western Cape region has reported its first cases of African swine fever at two small farms, after outbreaks in other parts of the country, the provincial head of agriculture said.

"A survey to determine the extent of the disease's spread in Mfuleni and the immediate surrounding area has already been initiated and will include the collection of blood samples from selected sick pigs from suspect farms," Ivan Meyer, the Western Cape's agriculture minister, said in a statement on Thursday.

African swine fever is incurable in pigs, and poses a threat to food stocks, but is harmless to humans.

China, the world's biggest pork producer, reported new variants of the African swine fever virus on Thursday, natural mutations in the virus that ravaged China's pig herd during 2018 and 2019 and which continues to kill hogs.