Africa Is Not A Country: Breaking Stereotypes of Modern Africa – Dipo Faloyin

Africa Is Not A Country: Breaking Stereotypes of Modern Africa – Dipo Faloyin 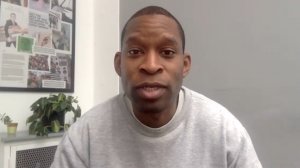 Africa Is Not A Country is a bright portrait of modern Africa that pushes back against harmful stereotypes to tell a more comprehensive story.

You already know these stereotypes. So often Africa is depicted simplistically as an arid red landscape of famines and safaris, uniquely plagued by poverty and strife.

In this funny and insightful book, Dipo Faloyin offers a much-needed corrective. He examines each country's colonial heritage, and explores a wide range of subjects, from chronicling urban life in Lagos and the lively West African rivalry over who makes the best Jollof rice, to the story of democracy in seven dictatorships and the dangers of stereotypes in popular culture.

By turns intimate and political, Africa Is Not A Country  brings the story of the continent towards reality, celebrating the energy and fabric of its different cultures and communities in a way that has never been done before.

Dipo Faloyin was born in Chicago, raised in Nigeria and currently lives in London. He is a senior editor and writer at VICE, where his work has a specific focus on race, culture, and identity across Europe, the Middle East and Africa. Dipo's writing has also featured in Dazed, i-D, The Huffington Post, Refinery 29, Prospect and others.

Africa Is Not A Country: Breaking Stereotypes of Modern Africa is published by Penguin Books