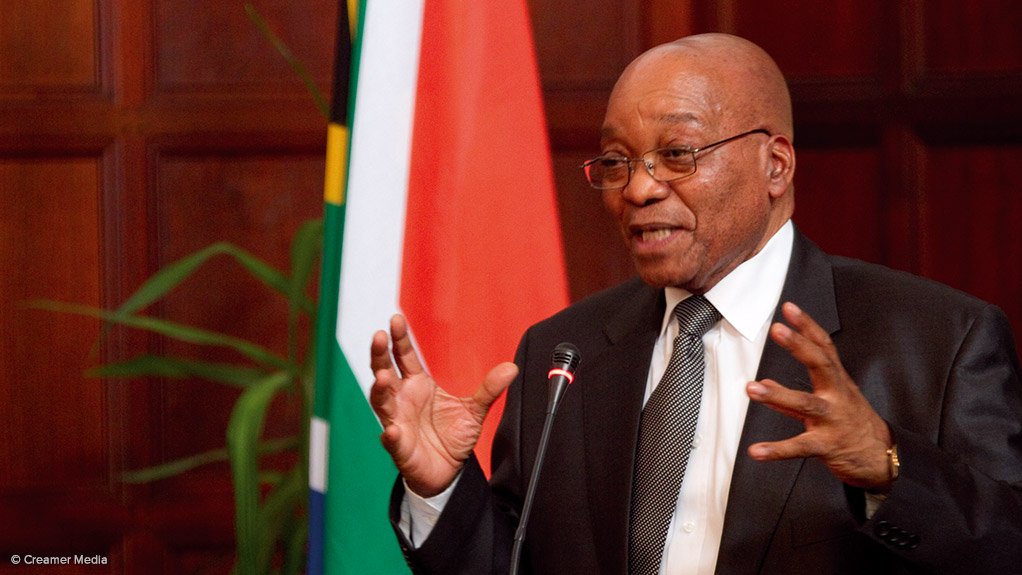 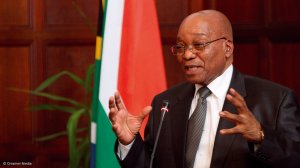 President of the Republic of South Africa

Mayor of the City of Johannesburg

Appeal to government and political leaders to publicly condemn, take active steps and provide protection for foreign nationals in the light of the xenophobic utterances by the Mayor of Johannesburg and the planned xenophobic march in Pretoria by the Mamelodi concerned residents as well as the inflammatory social media campaighn against international migrants living in South Africa.

We hereby wish to alert your office and to request that you make a pronouncement on the development of an atmosphere of xenophobic fear and hatred in the country. This is related to the xenophobic utterances made by the Mayor of Johannesburg, Councillor Herman Mashaba, on the 1st December 2016. His remarks have sparked off an inflammatory discourse in the social media calling for violence against foreign nationals and instilling fear among them. More urgently, we wish you to take note of and to oppose the march planned for the 24th February 2017 by the Mamelodi Concerned Residents which is being mobilised behind a set of xenophobic demands and denigratory remarks against foreign nationals.

In his 100 days in office speech Mayor Mashaba, vented his xenophobic frustration against “illegal” foreign migrants residing in Johannesburg calling them criminals and blaming them for the squalor and chaos in the city’s inner city. He opined that the migrants were destabilising the economy of his city and should leave with immediate effect. His remarks were condemned by various political and social actors including by the Department of Home Affairs which said there can be no justification for such xenophobic statements.

We, the African Diaspora Forum (ADF), the United Front (UF), the National Union of Metalworkers of South Africa (NUMSA) and other civil society organisations, condemned the Mayor’s hateful, discriminatory, stereotyped, xenophobic and undemocratic speech against the international migrants. On the 19th December 2016 we organised a gathering to register our concerns. We handed over a memorandum of grievances and demands which were received on the Mayor’s behalf by Member of the Mayoral Committee for Community Development, Councillor Nonhlanhla Sifumba. In our memorandum we gave the mayor until the 16th of January 2017 to respond. Unfortunately, the Mayor has so far not taken the trouble to respond to our memorandum.

We believe that Mayor Mashaba made these pronouncements with the intention of making foreign nationals a scapegoat for the present and future failures of his administration in solving the numerous problems besetting the city. His utterances will have the effect of inciting xenophobic violence and mayhem against the migrant community. Already since he made his speech migrants are reporting that they are facing increased harassment from South African Citizens thus inciting fear and creating an uneasy atmosphere in their various communities. The social media has become inundated with inflammatory and hateful messages against “illegal foreigners” including calls for violent attacks against them. The heat of xenophobia is intensifying and violent outbreaks may soon be seen in our communities as a result of Mayor Mashaba’s irresponsible utterances and his failure as a political leader to defend the democratic and constitutional right of migrants to be protected from violent attacks and vandalisms of their properties.

The Mamelodi Concerned Residents is busy mobilising for a march in Pretoria planned for the 24th February 2016. They are using, among other mechanisms, a pamphlet which clearly expresses the xenophobic motivations and intentions of their march. In the pamphlet they complain that the South African government is granting asylum to foreign nationals when there is a high unemployment rate in the country and that this leaves them (migrants) with no choice but to engage in crime to make their livelihoods. They also state that foreign nationals take locals' jobs including from “fellow white South Africans.”

"Zimbabweans, Nigerians, Pakistanis etc. are not our countrymen. [They] bring nothing but destruction; hijack our buildings, sell drugs; inject young South African ladies with drugs and sell them as prostitutes".

These are slanderous and defamatory attacks on the migrant communities mentioned here and as such constitute a violation of their “right to have their dignity respected and protected” (Constitution of the Republic of South Africa 1996: Chapter 2, sub-section 10).

We therefore urge the authorities who have the power to do so, not to allow this march to take place as it breaks a key stipulation of the Constitution. The Mamelodi Concerned Residents’ right to protest and stage a march, in our view, should be considered in relation to Section 36 of the Constitution’s Bill of Rights which states that rights are subject to limitation and quotes “human dignity” as one possible ground for such limitation. Further, Subsection 16 (2) categorically states that:

The right [to freedom of expression] … does not extend to—

(a)  propaganda for war;

(b)  incitement of imminent violence; or

(c)  advocacy of hatred that is based on race, ethnicity, gender or religion, and that   constitutes incitement to cause harm.

Furthermore, we appeal to political parties, government leaders and other social actors to publicly condemn and distance themselves from this march calling on their constituencies not to participate in it and joining the call for the march to be prohibited.

It is our strong suspicion that there is a direct link between Mayor Mashaba’s xenophobic utterances and the Mamelodi Concerned Residents’ march. If this is so this would fuel our greatest fear which is that there is a concerted campaign to instigate and incite a new round of xenophobic attacks throughout the country. The punchline (last sentence) in the Mamelodi Concerned Residents’ pamphlet states: “They [the foreign nationals] have destroyed our beloved Johannesburg now they are destroying Pretoria.” This not only echoes Mayor Mashaba’s words but suggests the diffusion of the xenophobic sentiment from Johannesburg to Pretoria.

We have strong evidence that the organisers of the Mamelodi Concerned Residents' march have been connecting with communities in other areas as part of their mobilisation programme. For example, they called Alexandra community leaders informing them of their planned action. We must remember that Alexandra was at the heart of the terrible xenophobic violence erupted in 2008. This suggests that the Mamelodi Concerned Residents’ agenda is to spread their hateful action throughout the country as happened in 2008.

We write to you so that when South Africa experiences a repeat of the 2008 xenophobic violence which left at least 62 people dead, you will not be surprised.

We strongly appeal to all relevant state and government bodies, including the police and intelligence agencies, Department of Home Affairs, municipalities, political parties, trade unions, civic bodies, youth and student formations, and all peace-loving South African Citizens and all those who live in this country irrespective of where they were born, to heed our warning and to take the following steps in order to avert this impending disaster:

1. We call on all leaderships and their organisations, including agencies of the state, to make public statements in which they reject xenophobia and promote solidarity among different communities with special reference to foreign nationals. They should unequivocally and positively reinforce the fact that South Africa is today, and will always be, an inclusive, democratic, multicultural society.

2. They should explicitly denounce the xenophobic statements of Mayor of Johannesburg Herman Mashaba and call for him to publicly and unconditionally withdraw his statement. He should also be urged to respond to the memorandum of demands presented to him by the African Diaspora Forum (ADF ) on 19th December 2016.

3. Those in authority with the power to do so must prohibit the planned march by the Mamelodi Concerned Residents. All other leaderships and organisations should publicly denounce the march, call for its prohibition and take steps to ensure that it does not take place.

4. We call on the government to develop a programme of effective protection for those migrant communities under immediate threat of xenophobic attack especially around Mamelodi and (to identify) other areas where such attacks might occur. We call on all communities to publicly support, stand in solidary with and actively protect the lives and properties of foreign nationals under the threat or fear of attack.

5. The economic problems facing the majority of working class people in South Africa: unemployment, poverty and inequality should be addressed by the state as a priority through the massive redistribution of wealth from the rich to the poor. We believe it is the failure to effectively and courageously address these underlying major issues that creates social problems and discord such as crime, xenophobia, substance abuse, homelessness, and other social ills. The working class must unite and overcome all divisions among themselves including nationality in order to put pressure on those in power to address the root causes of the problem rather than manipulate its symptoms for myopic short-term political and economic advantage.

We hope that our letter will receive a favourable response from your office. We are willing to provide further details and are available for a meeting if necessary to clarify matters and plan the way forward.
Thank you very much.

Issued by ADF, UF and NUMSA

The South African Communist Party (SACP) conveys heartfelt condolences to the family and working people of Peru on the death of Comrade Manuel Rubén Abimael Guzmán Reynoso, popularly known as “Chairman Gonzalo”. The SACP also conveys deepest condolences to the Communist Party of Peru, a party he helped to establish and lead. Comrade Gonzalo died in prison at the age of 86. He was arrested on 12th September 1992 by the Peruvian state and was incarcerated in the maximum-security prison of the naval base of Callao, the port of Lima, until his death on 11 September 2021. The 1992 conviction, as well as successive convictions, followed sham trials by the Peruvian state. →