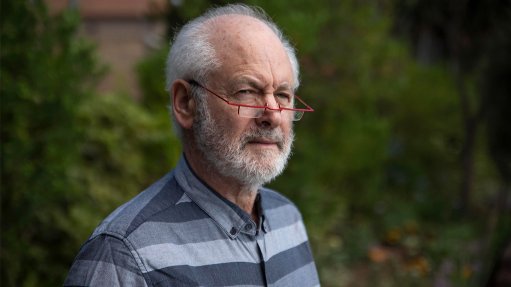 A row has broken out in ANC ranks over claims by Cyril Ramaphosa (on which he sometimes wavers) and Tito Mboweni that the period of Jacob Zuma’s presidency represented 9 wasted years.

The allegation that these years represented wasted opportunities represents a double-edged sword for Ramaphosa and his followers who served in government and in ANC leadership positions.  ANC acting spokesperson, Dakota Legoete was quick to point to this:

“It was nine years of an ANC-led government. It is highly regrettable that a narrative is created that there were nine years that are apportioned to an individual, when, actually, we are a collective in the ANC,” Legoete told City Press

“Legoete said Ramaphosa served as the deputy president under Zuma, adding that to single Zuma out was to undermine the party’s collective responsibility

“More than 80% of the current sitting leadership was there in that term. It is like others were sleeping while Zuma was doing what he wanted….

“Legoete said government performance over the past nine years could not be attributed to one individual.

“’We are prepared to learn from our hard lessons and we are in the process of self-correction. As part of renewal, bad things that were done before must not be repeated. We are clear that we are going to intensify our fight against corruption and mediocrity.’” (https://city-press.news24.com/News/anc-zumas-mess-is-our-mess-20190203).

The problem for Ramaphosa and his supporters is that for most of the 9 years they demonstrated not simply acquiescence but active support for Zuma, wore T shirts with his face embossed on them, greeted him with deference and voted dutifully for whatever he proposed.

What is more, when the more problematic aspects of the Zuma period came to the fore, as with Nkandla, some of those who now distance themselves from him were in the forefront of defending the spending and were wheeled out to provide intellectual rationales or sophistry for stealing from the poor to enrich the president. That is part of the record of the ANC and its allies, parliament, cabinet and other bodies.

That people now oppose Zuma where they previously supported or defended him is not wrong in itself. The question is what the proposed closing of the Zuma chapter entails, and whether it can happen, and how the means for realising these are articulated and prepared.

Before the rise of Zuma

A lot of what happened in the Zuma period would not have been possible had some things not already happened to the ANC in the post 1990 period.  It is important to look at the link between the masses and the ANC and state, previously one of trust and listening and learning from both sides.

The 1990s saw the start of the displacement of the ANC as an ongoing organised part of people’s lives in favour of the ANC as an electoral machine, that waited for government to “deliver”.  The masses were not conceived as an active force in South African democracy. That started in the early 1990s where negotiations were initiated.  While there were report backs to various structures, the role of the masses was understood as mainly to periodically demonstrate in order to help break the resolve of the other side

This was part of a process whereby the ANC, like all liberation movements was described as embodying the people and the ANC led state would by definition stand in for those who could not be physically present. Because it was the “people’s organisation” that ran the state, it would automatically serve their interests. This is part of a general folklore espoused about National Liberation Movements (NLMs), being the sole and authentic representatives of the people now and in perpetuity. Any election that may be won by the NLM is in a sense merely confirmation of what is already known.  Slogans embodying these notions are found throughout the continent in the heyday of national liberation, for example, “ANC is the people” or Kanu [the Kenyan liberation movement] “is your mother and father”, CPP [of Ghana] “is the nation.”

The problem for those who emerged from the UDF period, and favoured “people’s power” was that negotiations were not about direct democracy but establishing mechanisms to secure representation of the people in various institution that would later encompass very advanced constitutional and other institutional provisions.

This was not conceived as a total divorce of the people from the ANC and the state, under the Reconstruction and Development Programme (RDP) was supposed to be “people-driven” and “people-centred”, but that role of the popular became less and less pronounced.  People like Nelson Mandela believed that “leaders have to lead” and the notion of continually referring matters back to a constituency would have slowed down processes of policy implementation and in fact impeded the improvement in people’s lives.

There is something to be said for that argument, but the displacement of the popular was part of a rupturing of the organic link between the democratic forces, as they used to be seen, and the masses.  That rupture meant that the masses were not physically present in a manner that could have set obstacles against betrayal.  They became remote from places of decision making on matters that affected them.

Renewal, new dawn and our own role

No matter what evaluation we may have of the Zuma period, if there is to be renewal, as Ramaphosa calls it, there are political obstacles facing even a limited “new dawn”.  Zuma may have left in the eyes of many with an image of disgrace. But that is not how he and his supporters project him now.

Even if his self-projection and that of his supporters has no logic or cannot stand up to scrutiny, it should not be ignored because he may carry the weight of numbers that can determine whether the ANC can secure a majority of the electorate in the May elections, and especially how the ANC will fare in KZN.  In order to secure that majority, as previously indicated in earlier contributions, Zuma (and allied organisations and charismatic churches) may demand a price.  (https://www.polity.org.za/article/may-elections-what-is-the-price-of-an-anc-electoral-victory-2019-01-09/searchString:Raymond+Suttner).

That Ramaphosa spent much of his visit to KZN to launch the ANC manifesto and mark the ANC’s anniversary, wooing Zuma, flattering him, suggesting that he was a person whose counsel he needed may seem pathetic and “unctuous”, to use Barney Mthombothi’s word to describe Ramaphosa’s stance during the period of Zuma’s presidency (Sunday Times 3 February 2019). But it also indicates that much as Ramaphosa may want to turn his back on the figure at the centre of 9 wasted years, he cannot risk that leading to a repudiation of his leadership and undermining the unity of the ANC in the forthcoming elections.

When Ramaphosa attacked Zuma’s presidency, he broke an unwritten truce between him and Zuma and opened himself to charges of flouting ANC collective responsibility, the unity of the ANC and in not so many words, he invited the implicit threat of non-cooperation.

The problem with remedying this by appeasing Zuma (possibly Ramaphosa’s default position) is that Zuma is likely to demand a price and that deal could amount to a repudiation of the new dawn by its initiator.  To avoid concessions that could undermine the entire integrity of the Ramaphosa “clean government” project, means to defeat Zuma’s forces politically.

Ramaphosa appears unclear on what it means to turn his back on Zuma.  He does not seem to have an organisational strategy to win over people to his side, while Zuma and his allies are very clear and working very hard.  Ramaphosa may be working in places like Davos. But that-clearly- does not reach the support base that he needs to influence.

For those of us who are outside the fray, uninvolved in leadership battles, all of this affects our country and its future, whether or not it repudiates the many ills of the Zuma period -not just corruption and state capture, but extensive violence, misogyny and many other grave problems.

We cannot be indifferent to this battle, nor can we simply accept Ramaphosa’s definition of what is at stake, advanced in rather vague and unconvincing ways.   It is important for the mass factor to return into the political process, through a range of avenues, deriving not just from the poor and the working class, but from professionals, business people, teachers, students, homeless and others, all of whom have an interest in clean government, legality and equitable distribution of resources, as a basis for improving their lives.

There is at this point in time no ready-made organisational form but there have been various ways in which people from a range of walks of life have expressed themselves during the Zuma era, albeit sporadically.  It is vital that we find ways, as citizens to build connections between these various manifestations in ways that are enduring and can strengthen the hands of those who want clean government and ever-widening democracy.  This is a route which means that government is not everything and where we, the people, have an enduring role in securing our own emancipation.