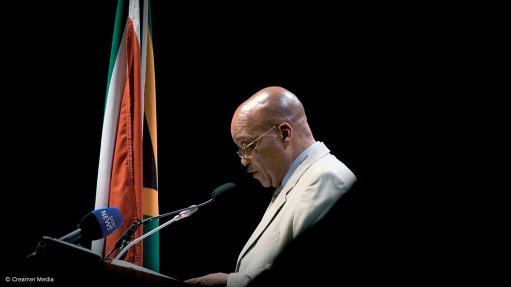 President Jacob Zuma on Thursday extended his “heartfelt condolences” to the family of Phillip Ata Kgosana, the Pan-Africanist Congress (PAC) stalwart who led a march of more than 30 000 anti-pass protesters to the apartheid Parliament in the 1960’s.

Kgosana, 80, a former Tshwane metropolitan councillor, passed away at the Acacia Private Hospital, in Pretoria on Wednesday after a short illness.

“We are deeply saddened by the passing of this former freedom fighter who dedicated his life to the liberation of the people of South Africa. We wish to convey our deepest condolences to the Kgosana family and his political home, the Pan Africanist Congress. May his soul rest in peace,” said Zuma.

The PAC said the Kgosana had been entrusted with “the big task” of leading more than 100 000 protesters in the march from Langa. It had been organised by the PAC under the leadership of Robert Mangaliso Sobukwe.

The march was said to be the biggest during the struggle in South Africa.

PAC spokesperson, Kenneth Mokgatlhe, said: “Ntate Kgosana does not need an introduction, but he is known to both his friends and foes by his initials.”

Kgosana was elected as regional secretary of the Cape when he was but a student at the University of Cape Town.

While on bail he fled South Africa in 1960 to Ethiopia where he continued his studies and graduated with his degree in commerce and thereafter in 1972 worked for the world body, United Nations as a Programme Development Officer.

Kgosana was a PAC national organiser after 1994.

“He devoted his entire life to the struggle of this country. His cause changed and shaped the entire cause of history. He was also a celebrated farmer who understood the significance of the land,” said Mokgatlhe.

Kgosana is survived by his wife, Alice Kgosana, three sons and two daughters.

Details of the memorial and funeral services have not yet been finalised.