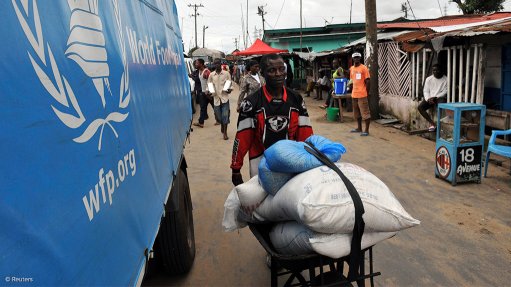 It was a "proud moment" for the United Nations (UN) World Food Programme and "nothing short of a feat" after the organisation won the Nobel Peace Prize on Friday, its spokesperson said.

"The nomination in itself was enough but to then to go on and be named the Nobel Peace Prize winner is nothing short of a feat," Tomson Phiri said at a Geneva briefing.

He referred to the agency's work in providing food and supplies during the Covid-19 pandemic when airlines were no longer operating, saying it had gone "over and above the call of duty".