We, the People – Insights of an Activist Judge 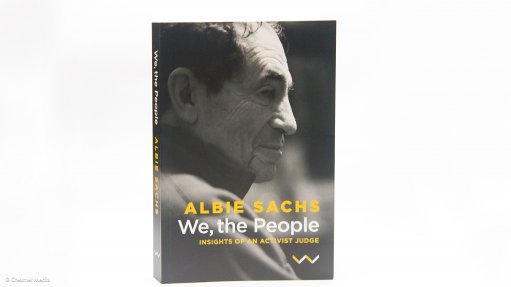 This stirring collection of essays and talks by activist and former judge Albie Sachs is the culmination of more than 25 years of thought about constitution-making and non-racialism. Following the Constitutional Court’s landmark Nkandla ruling in March 2016, it serves as a powerful reminder of the tenets of the Constitution, the rule of law and the continuous struggle to uphold democratic rights and freedoms.

We, the People offers an intimate insider’s view of South Africa’s Constitution by a writer who has been deeply entrenched in its historical journey from the depths of apartheid right up to the politically contested present. As a second-year law student at the University of Cape Town, Sachs took part in the Defiance Campaign and went on to attend the Congress of the People in Kliptown, where the Freedom Charter was adopted in 1955. Three decades later, shortly after the bomb attack in Maputo that cost him his arm and the sight in one eye, he was called on by the Constitutional Committee of the African National Congress to co-draft (with Kader Asmal) the first outline of a Bill of Rights for a new democratic South Africa. In 1994, he was appointed by Nelson Mandela to the Constitutional Court, where he served as a judge until 2009.

We, the People contains some of Sachs’ most memorable public talks and writings, in which he takes us back to the broad-based popular foundations of the Constitution in the Freedom Charter. He picks up on Oliver Tambo’s original vision of a non-racial future for South Africa, rather than one based on institutionalised power-sharing between the races. He explores the tension between perfectibility and corruptibility, hope and mistrust, which lies at the centre of all constitutions. Sachs discusses the enforcement of social and economic rights, and contemplates the building of the Constitutional Court in the heart of the Old Fort Prison as a mechanism for reconciling the past and the future.

Subjective experience and objective analysis interact powerfully in a personalised narrative that reasserts the value of constitutionality not just for South Africans, but for people striving to advance human dignity, equality and freedom across the world today.

Albie Sachs is an activist and a former judge of the Constitutional Court of South Africa (1994 – 2009). He is the author of several books, including The Jail Diary of Albie Sachs, Soft Vengeance of a Freedom Fighter and The Strange Alchemy of Life and Law.  Sachs has travelled to many countries sharing his experiences in order to help heal divided societies.

We, the People – Insights of an Activist Judge is published by Wits University Press