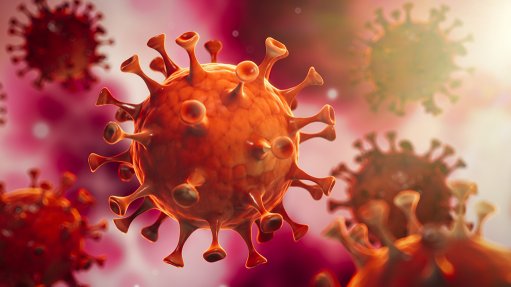 The first case of the fast-spreading 501Y.V2 coronavirus variant, first identified in South Africa, has been discovered in a resident of the US state of New York, Governor Andrew Cuomo said.

Cuomo said on Sunday the case, a person from Nassau County, was detected at the Opentrons Labworks Inc’s Pandemic Response Lab. The mutated strain of the coronavirus was first discovered in the US last month.

Cuomo’s remarks came as New York State’s positivity rate dropped below 3 percent for the first time since November 3 and the number of hospitalisations is dropping.

“But with the discovery of a case of the South African variant in the state, it’s more important than ever for New Yorkers to stay vigilant, wear masks, wash hands and stay socially distanced,” he said.

“We are in a race right now – between our ability to vaccinate and these variants which are actively trying to proliferate – and we will only win that race if we stay smart and disciplined,” he added.

The new variant, known as B.1.351 or 501Y.V2, was first detected in December in South Africa, where it now accounts for 90 percent of cases.

It is believed to be more contagious and more adept at resisting vaccines than other strains.

A small-scale study published early in February showed that the AstraZeneca jab, developed with the Oxford University, was less effective in preventing mild to moderate illness caused by B.1.351. Following the news, South Africa suspended the use of the AstraZeneca vaccine for its immunisation programme and started a vaccine rollout with jabs produced by Johnson & Johnson.

Other vaccine makers have also found their jabs to be less effective against the South African strain.

The Johnson & Johnson vaccine proved to be 57-percent effective against the new variant, while the one developed by Novavax offers protection just below 50 percent, according to clinical trials held in South Africa.

A laboratory study suggested on Wednesday that the Pfizer-BioNTech vaccine may offer a third of the antibody protection against B.1.351 it did for the original virus. The company said it is working on developing an updated version of its vaccine or considering a booster shot.