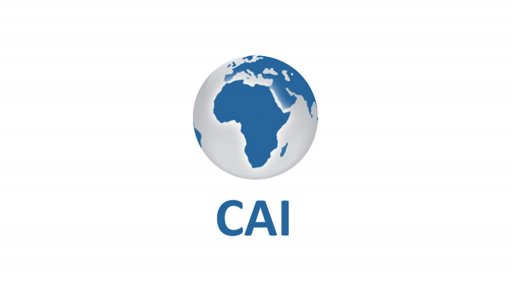 South African President Jacob Zuma’s intention to secure nuclear power expansion is increasingly evident (2) and the country’s forthcoming nuclear expansion has attracted several foreign suitors and the signing of agreements with corporations from China, the European Union (EU), France, Germany, Russia, South Korea and the United States (US), amongst others. But South Africa’s path towards nuclear development is replete with domestic obstacles (3), and despite Zuma’s strident commitment to nuclear expansion, these obstacles linger in the form of present concerns for South Africa’s nuclear renaissance.

Details of these nuclear agreements are opaque to the public who will ultimately carry the cost of nuclear expansion. The agreements or Memorandums of Understanding (MoU) are inaccessible from official websites. Media reports indicate that the agreements appear to neglect publicly raised concerns related to costs, managerial competence and environmental issues. This CAI paper analyses the obscurity and inability to access information that pervades cooperative nuclear agreements between South Africa’s prominent public nuclear bodies and foreign nuclear corporations.

Several public and private South African entities hold a seat at the table in the nuclear energy discussion and act independently on foreign cooperation agreements, including the South African Nuclear Energy Corporation (NECSA), the Electricity Supply Commission (Eskom) - South Africa’s state-owned public power utility - and the private Nuclear Industry Association of South Africa (NIASA) among others.(4) The relationship among state nuclear bodies further convolutes the relationship of nuclear entities in South Africa. Though the Department of Energy (DoE), for example, is meant to oversee all nuclear related matters, it does not manage Eskom, which is responsible for South Africa’s Koeberg nuclear power plant. Eskom instead falls under the Department of Public Enterprise (DPE). Similarly, various government branches other than the DoE likely maintain nuclear-related cooperative agreements. The Department of Science and Technology (DST), for instance, is involved in scientific research and manages the National Research Foundation’s iThemba Labs, which conducts nuclear-related research, while the Department of Trade and Industry (DTI) focuses on industrialisation, including development of the nuclear sector. Curiously, the South African Council for the Non-Proliferation of Weapons of Mass Destruction (NPC) falls under the DTI.

As head of the new Energy Security Cabinet Sub-committee that evolved from the secretive National Nuclear Energy Executive Coordinating Committee (NNEECC), Zuma has also been active in nuclear agreements.(5) The committee will be responsible for, inter alia, oversight of activities of the energy sector in addition to ensuring that Eskom receives support in achieving its goals. It seems odd, however, that the committee does not appear further involved in the independent agreements of public nuclear bodies while Zuma continues to make his own agreements with diverse foreign organisations.

Consequently, in addition to numerous historic nuclear-related bilateral agreements, media reports have highlighted the recent agreements between the following: the Chinese and DoE Minister Ben Martins; NIASA and the South Koreans; Zuma and the Brazil, Russia, India, China political alignment, BRICS, and separately with Russia; NECSA with various Chinese, French and Russian entities as well as the Japanese/US company Westinghouse; Eskom with the French and various Russian companies; the National Nuclear Regulator (NNR) and Canada, France, the Republic of Korea, Russian Federation and the US, and is in talks with China and Finland. Additionally, some South African universities are in nuclear-related foreign cooperation agreements as are private nuclear companies while localisation and the government’s strong black business economic empowerment (BBEE) policy appear to drive its rhetoric on nuclear planning. Newcomers with zero-to-little established reputations, licenses, or history in the nuclear field elicit curiosity as to the actual level of inclusion in a nuclear project, such as Sebata Group (6) that signed a MoU with Westinghouse, for example. Westinghouse has also struck agreements with smaller South African engineering companies in addition to South Africa’s major nuclear players, Eskom and NECSA about which little is clear.

In spite of South African nuclear bodies forging cooperative agreements with foreign corporations, and the advocacy by Zuma and other government officials to ramp up the nuclear project, concerns related to South Africa’s nuclear programme are ubiquitous. These concerns include a lack of transparency, reliance on institutions with a legacy of questionable administrative competence and financial reliability, and the allocation of funding for what is likely to be South Africa’s largest foreign investment ever.

Access to nuclear-related information has proven difficult, despite programmes like the South Africa Freedom of Information Programme (FOIP), specifically designed to allow the public access to such information. Information requests are repeatedly ignored or deemed “commercially sensitive.” Additionally, despite the use of the Promotion of Access to Information Act (PAIA) and questions raised in Parliament to access information, public nuclear companies’ activities and relationships with private nuclear companies also remain unclear. Examples are the relationships between public entities and two private companies, Klydon Limited, an enrichment services company, and Steenkampskraal Thorium Limited, which focuses on thorium for reactor use.(7) Both companies involve former employees of the defunct government-funded Pebble Bed Modular Reactor (PBMR) project.

Invariably, the known details come from foreign and some domestic news sources, which only include broad terminology espoused in the agreements. Media reports on nuclear cooperation agreements are chockfull of ambiguous terminology, such as “provision of nuclear related technology,” making detail impossible to discern.(8) This has multiplied concerns amongst NGOs, opposition politicians and nuclear watchdogs. Additionally, requested access to the Treasury’s pre-feasibility study for nuclear expansion has been recurrently snubbed.(9) Obscurity is a consistent theme in South Africa’s nuclear endeavours; even after the government abandoned the PBMR project in 2010,(10) transparency concerns continue to linger. Indeed, in a 2014 study titled Nuclear Weapons Materials Gone Missing, analyst Jodi Liebermann raises unresolved questions about “significant material imbalances” that have persisted over the past 20 years on the verifications process of South Africa’s nuclear weapons programme;(11) noting that “secrecy laws obstructing fuller public disclosure have largely persisted into the democratic era” and that “officials of two successive African National Congress-led governments have expressed strong objections to further disclosure beyond those made in 1993-1994.”

Meanwhile, it is unknown if more feasibility studies are being conducted before moving forward with nuclear expansion as requested by the National Planning Commission (NPC), a government initiative responsible for developing a strategic plan for South Africa. Newly-appointed Energy Minister Tina Joemat Pettersson’s announcement of a new five-year strategic plan to align the DoE’s Strategic and Annual Performance Plan (APP) and the NPC’s National Development Plan (NDP) does not make this clear.(12) It is also unclear whether Zuma will review his nuclear ambitions after the government’s alliance partners, the Congress of South African Trade Unions (COSATU) and the National Union of Mine Workers (NUM), aired objections to his pro-nuclear State of the Nation Address.(13) Indeed, in August 2014, much remains uncertain about South Africa’s new nuclear build, its procurement process, and partnerships.

The lack of transparency in South Africa’s nuclear agreements could make concerns over management, safety, economic feasibility, government cohesion and proliferation a reality. Furthermore, South African nuclear bodies’ tendency to act independently could minimise oversight, while Zuma continues to re-organise the former NNEECC as a purported leadership structure. The exact role of the public and private nuclear bodies remains ambiguous in future nuclear development and should be elucidated prior to the announcement of any final agreement on nuclear expansion.

South Africa has assumed the role of leading Africa’s prospective nuclear renaissance. Additionally, South Africa holds the only designated seat for Africa in the International Atomic Energy Agency (IAEA) and therefore needs to set a precedent for transparent and comprehensive nuclear growth planning as well as adhering to its commitment to an energy mix to instil public confidence. Perhaps, as Liebermann contends, actions also need to be taken to clarify the record regarding South Africa’s dismantled nuclear weapons programme, concluding that:

While some have stated that there is simply no need, given current geopolitics, to reconstruct a nuclear weapons programme, history has shown that a change in circumstance, along with political will, access to information and the ability to pursue a programme under the cloak of secrecy is all that would be required to do so.(14)