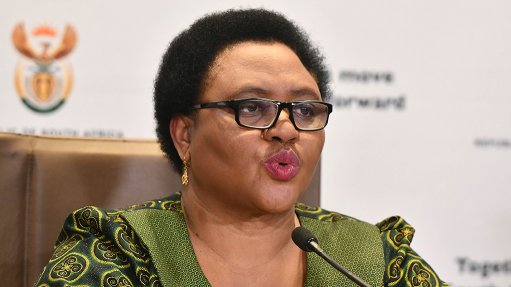 Minister Thoko Didiza’s Department of Agriculture, Rural Development and Land Reform (DALRRD) does not have a detailed database of all land restitution claims that have been submitted and finalised since 1994. This exposes land restitution claimants to possible risks of evictions, duplicate claims and disproportionately long waiting periods to have their claims settled.

In making the conclusion on the non-availability of the land restitution database, the DA was prompted by the deliberate stalling and obstinate refusal by DALRRD to grant me access to inspect such a database, if ever one existed.

On Monday, this week, I lodged an appeal with the DALRRD after they failed to honor a PAIA request that I had submitted on the 15th of June for information on whether they have a land restitution database and if so, that I be granted access to it.

Before submitting this PAIA request, I undertook the oversight visit to (DALRRD) head office in Pretoria to try and take a look at the land administration database, records of lease agreements and the database of all Proactive Land Acquisition Strategy (PLAS) farms. Not only was I prevented from carrying out the oversight and getting answers on the aforementioned, in line with my responsibilities as a Member of Parliament, but Departmental officials went to extreme lengths to make sure that I left.

The cover up was escalated when the then Speaker of Parliament, Thandi Modise, went to extreme lengths to try and shield Thoko Didiza from accountability. In an unprecedented act of overreach, Modise sent me a letter in which she erroneously attempted to dissuade me from exercising my oversight responsibilities as a Member of Parliament.

DALRRD’s shambolic land administration system is already having a direct impact on communities on the ground. Early this year, the DA exposed how the Department was stalling the transfer of ownership rights to the Melmoth community in KZN. Instead of fulfilling its responsibilities as required under the Land Restitution Act, the DALRRD instead prolonged the process in order to take a ‘guardianship’ role over restituted land claims.

The ANC’s chaotic handling of the land reform process in South Africa, as reflected in the chaotic land administration systems, is a national shame. To cover it up, they are trying to pursue a sideshow in Parliament through an ill-advised amendment to Section 25 of the Constitution to allow for expropriation without compensation.