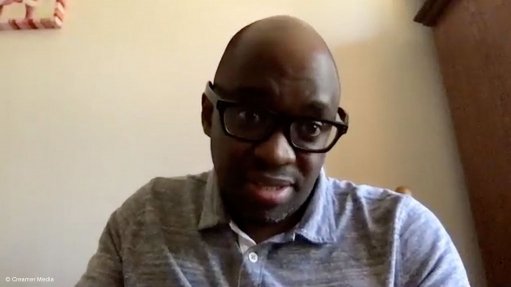 An award-winning historian and journalist tells the very human story of apartheid’s afterlife, tracing the fates of South African insurgents, collaborators, and the security police through the tale of the clandestine photo album used to target apartheid’s enemies.

From the 1960s until the early 1990s, the South African security police and counterinsurgency units collected over 7,000 photographs of apartheid’s enemies. The political rogue’s gallery was known as the “terrorist album,” copies of which were distributed covertly to police stations throughout the country. Many who appeared in the album were targeted for surveillance. Sometimes the security police tried to turn them; sometimes the goal was elimination.

All of the albums were ordered destroyed when apartheid’s violent collapse began. But three copies survived the memory purge. With full access to one of these surviving albums, award-winning South African historian and journalist, Jacob Dlamini investigates the story behind these images: their origins, how they were used, and the lives they changed. Extensive interviews with former targets and their family members testify to the brutal and often careless work of the police. Although the police certainly hunted down resisters, the terrorist album also contains mug shots of bystanders and even regime supporters. Their inclusion is a stark reminder that apartheid’s guardians were not the efficient, if morally compromised, law enforcers of legend but rather blundering agents of racial panic.

“In The Terrorist Album, Jacob Dlamini has managed to reconstruct some of apartheid South Africa’s most violent and disturbing episodes, despite the former regime’s extensive efforts to erase its crimes and cover its tracks. Using archival evidence and detailed interviews with both perpetrators and their victims’ families, Dlamini, a superb historian and memoirist, has excavated a story that otherwise would have been hidden and forgotten.”—Sasha Polakow-Suransky, author of The Unspoken Alliance: Israel’s Secret Relationship with Apartheid South Africa

“The Terrorist Album is wise, humane, and thoroughly original. With one compelling artifact, Jacob Dlamini opens worlds: of history, of biography, of the archive, of photography and philosophy. With characteristic flair and insight, he offers a compelling narrative of the workings of repressive violence and the way human beings are crushed by it, or manage to transcend it.”—Mark Gevisser, author of A Legacy of Liberation: Thabo Mbeki and the Future of the South African Dream and Lost and Found in Johannesburg: A Memoir

Jacob Dlamini needs no real introduction. He is a revered South African journalist, historian and author. He is currently an assistant professor of history at Princeton University. He was also a researcher at the University of Barcelona, a Ruth First fellow at Wits University, and received a doctorate in history from Yale University. He was the political editor at the Business Day newspaper and a columnist for both that paper and the now defunct The Weekender. His books, Native Nostalgia and Askari, which won him the 2015 Alan Paton Award, were both best sellers in South Africa and internationally. The Terrorist Album seems set to follow suit.