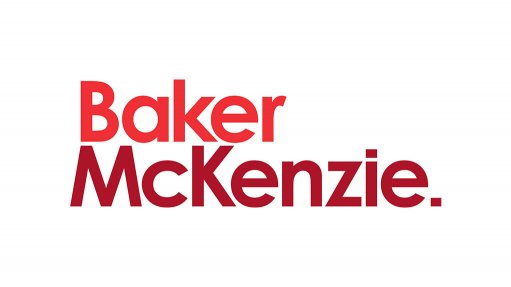 The Supreme Court of Appeal (SCA) in South Africa was recently tasked with considering the long established Parol Evidence Rule in the case of Mike Ness Agencies CC v Lourensford Fruit Company (Pty) Ltd. Although at first glance it appears as though this rule is trite, parties often ignore it in proceedings, and rely instead on evidence which would, according to the Parol Evidence Rule, be inadmissible.

In this case, the appellant (Mike Ness) gave the respondent (Lourensford) a written quotation to drill a borehole for one of his Western Cape farms. In the quotation, the appellant undertook to guarantee water within 70 metres of digging and that if no water was found at this depth, the appellant would drill from 70 to 100 metres, free of charge.

"A payment of 50% of the total will be transferred to Promech's account as soon as a sufficient water supply has been found and the said water breaches the surface of the drilling site. The balance will be paid on completion…Promech has a No Water, No Pay policy".

Once the quote was accepted, and work began, some water was struck just over 20 metres below the surface, but the appellant continued to drill deeper and at approximately 58 metres, a considerable amount of water was reached. However, the appellant continued to drill down to 70 metres, as was agreed, and stopped at a depth of 76 metres. Yet, despite the borehole yielding a healthy amount of water, the respondent refused to pay the appellant the agreed contract price.

The Magistrates Court, being the court of first instance, held that the appellant’s claim against the respondent succeeded. On appeal to the High Court, however, the High Court found in favour of the respondent on the grounds that the appellant had not discharged the onus of proving it had provided sufficient water to comply with its contractual obligations. This was then appealed to the SCA.

The respondent’s case centred on the fact that the appellant had requested a borehole with a yield of 10 000 litres per hour and that, as the hole did not deliver such a yield, it was not obliged to pay. The court held that this was not what the agreement provided and to find that there was such a guarantee in the agreement would breach the Parol Evidence Rule. This rule provides that where the parties to a contract have reduced their agreement to writing, it becomes the exclusive memorial of the transaction, and no evidence may be led to prove its terms other than the document itself, nor may the contents of the document be contradicted, altered, added to or varied by oral evidence.

The court referred to a previous decision, where the SCA held "In other words: when a jural act is embodied in a single memorial, all other utterances of the parties on that topic are legally immaterial for the purposes of determining what are the terms of their act.”

The SCA then stated that the considerable amount of evidence led by both sides, regarding their negotiations and what their intention was, had been inadmissible. The court noted, with dissatisfaction, that often the Parol Evidence Rule tends to be ignored and seldom enforced by trial courts. If a document was intended to provide a complete jural act, extrinsic evidence may not contradict it, add to it or modify its meaning. Additionally, interpretation is a matter of law and not of fact and therefore it is a matter for the court to determine.

The Court held that the terms of the quote were clear and unambiguous and that it did not make provision for payment only in the event of a minimum of 10 000 litres per hour being obtained. Rather, it provided that the appellant would not charge for drilling if it was a dry hole, with the obvious contention being that if the hole was not dry, there would be payment. The court went on further to hold that the phrase “No Water No Pay” was clearly inconsistent with the contention that a guarantee as to the minimum amount of water existed in the contract.

The respondent attempted, however unsuccessfully, to overcome the Parol Evidence Rule by arguing that the agreement was partly in writing and partly oral. In Affirmative Portfolios CC v Transnet Ltd t/a Metrorail, the SCA held that where an agreement is partly written and partly oral, then the Parol Evidence Rule prevents the admission only of extrinsic evidence to contradict or vary the written portion, without precluding proof of the additional or supplemental oral agreement, which is often referred to as the Partial Integration Rule.

Accordingly, and in light of the above, parties should be mindful to record their agreement in its entirety and to not leave any provisions to chance, as any attempt by the parties to lead evidence contradicting the terms of the agreement, would most likely not succeed on the basis of the Parol Evidence Rule.