The Assault of Austerity 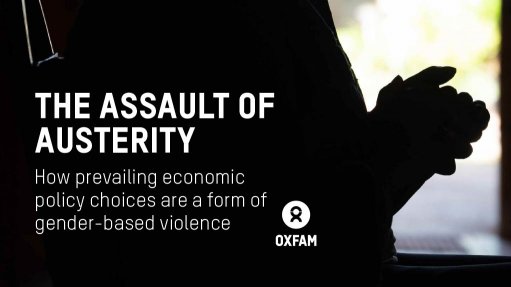 Governments are looking to implement austerity measures at a time when the world is facing a major cost of living crisis and trying to recover from the COVID-19 pandemic. By 2023, 85% of the world’s population will live in the grip of austerity measures. There will be unavoidable impacts for most – particularly women, girls, and non-binary people.

Austerity measures are largely defined by rapid and deep cuts to public spending (frequently education, health and social protection), often alongside increases in tax revenues, specifically via regressive or indirect means, rather than taxation on wealth. Under austerity, trillions of dollars are used to support corporations. This often comes with an increase in private sector deregulation, even as those on the lowest incomes are left without the support they need, with jobs becoming fewer and less secure. These economic policy decisions are about what – and who – those in power value.

Austerity policies blend patriarchy and neoliberal ideology to further exploit the most oppressed people within society, and deliberately dismiss their needs. The commodification and exploitation of women’s labour – often poorly paid and made deeply insecure by the corrosion of labour regulations within market-driven globalization – is both a class and a gender issue that offers one example of this. Austerity is not just a gendered policy; it is also a gendered process in its ‘everydayness’ – the way it permeates the daily lives of women specifically: in their incomes, their care responsibilities, their ability to access services as essential as health, water and transportation, and in their overall safety and freedom from physical violence in the home, at work and on the street.