Swimming upstream: The near miss of a very Scottish Salmond 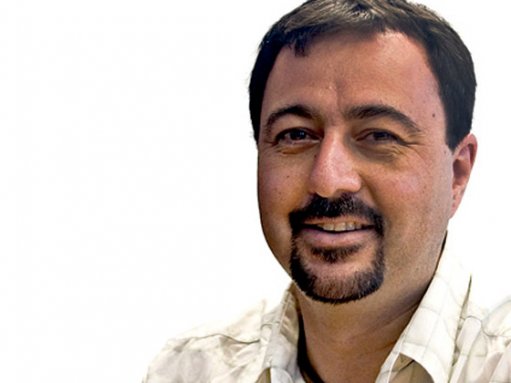 I’ve been lucky enough to live through some amazing political times, the first South African democratic election in 1994 and the signing of the Belfast Agreement in Northern Ireland in 1998 being top of the list.  During the Scottish independence referendum, albeit briefly, I thought I might be about to witness yet another one of these historic moments. In the eyes of some Scottish people, I saw the look I have seen before - a look of hope and the expectation for something different. A future unknown but filled with promise.

A few years ago, any prospect of independence was scoffed at. Rivals called Alex Salmond’s idea of the referendum a waste of time and money, and simply about building his career. But the referendum keyed into something more fundamental that was bigger than the question being asked and any single politician. The referendum woke the spirit of hundreds of thousands of people who have for years felt disengaged from politics.

Whether the 45% of the population who voted “Yes” did it as a protest vote against those in power or it was a thought-through calculation about the value of independence, does not matter. A considerable proportion of the population wanted change, and more importantly were prepared to take a sizeable risk to get it.

I don’t know if independence is the route to this change or not, or if it is a good idea, but the referendum was a signal. The referendum was a moment when a collective of people moved in a common direction. It was Scotland’s brief flickering Arab Spring, of sorts. Of course, statistically speaking it was an endorsement to remain in the UK, but emotionally it was a call from the people who are often voiceless in society to speak.

No matter what now happens constitutionally, whether it is the devolution of more powers to Scotland or an English Parliament, I hope politicians across the board have the sense to listen. There is a groundswell of participation to build on and to make lasting change in whatever form.

The little pessimist in me says this will probably not happen. Now that the question is settled (at least for the next while) the system will march on unchanged and disillusionment will return to the people. The optimist in me says, if there is no change, the people whose democratic spirit was stirred, in the “Yes” and “No” camps, will not let this happen. Hopefully, the participatory dragon has been truly woken from its slumber. If so, this is something to celebrate.

No matter what you think about Alex Salmond, he and his party did an incredible job in igniting this desire for change and getting people, from both camps, out to the polls. He silenced the critics who called his idea of an independent Scotland a joke. It is clearly a serious prospect.

To this end, it is somewhat ironic that Alex Salmond has stepped down as leader. This is normally the way losers go, and given the position from where the “Yes” campaign started they could hardly be called losers. Their efforts should be applauded not for Scotland but for participatory democracy the world over, and more importantly for helping break the political apathy that permeates politics these days.

So when I think of Alex Salmond and his “Yes” campaigners, and the dejection I saw on their faces on the night of the referendum, it is strangely the words of Hunter S. Thompson that came to mind: remember “being shot out of a cannon will always be better than being squeezed out of a tube”.