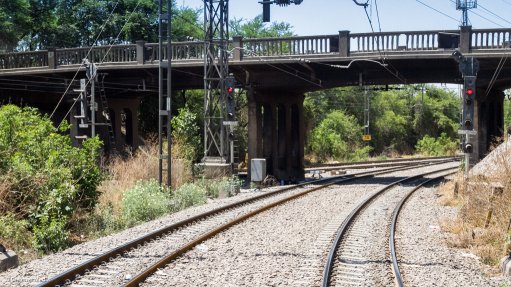 The reforms, announced by President Cyril Ramaphosa in October 2020 as part of the country’s Economic Reconstruction and Recovery Plan, aim to supplement Transnet’s capacity, migrate freight volumes from road to rail and stimulate broader economic growth. The plan initially proposed a deadline of October 2021 for its introduction. Speaking at the recent ARIA webinar Dr. Sean Phillips, head of the National Treasury’s Operation Vulindlela unit said that the current target date for enabling third-party operators in the freight sector was August 2022, with ongoing efforts under way to accelerate the time frame put on the table by Transnet.

ARIA estimates that only 17% of South Africa’s general freight currently moves by rail. Transnet moved 215 million tonnes in 2019, down 5% from 2018, with vandalism often paralysing the country’s electric fleet. However more than 80% of the country’s 36 000km network has ‘significant capacity’, says ARIA CEO Mesela Nhlapo.

ARIA research shows that 190 million tons of intercity freight and 20 million tons of bulk commodities currently move by road every year. Of this, around 58 million tonnes could move to rail almost immediately, with the sectors that would benefit including agricultural commodities, metals and minerals, cars, containers, hazardous chemicals and liquid bulk.

An estimated R45 billion in rolling stock alone would be required to service this volume requirement, which would provide a massive boost to the local rail manufacturing industry, with significant locomotive and wagon build programmes on the cards. Unlocking this capacity would also grow the rail services segment, finance markets and the advisory market, as specialist advisors would be required across the supply chain.

Nhlapo said it was important to note that third-party access in this context did not mean privatisation, but rather the use of the rail network by private sector rail operators at a fee, similar to how trucks pay toll fees to access roads to move freight across the country. Importantly, no new regulation is required to enable third-party access. Regional trading partners have already moved to this model, supporting interoperability and regional trade for pan-African operations.

“The value of this move to the state and Transnet would be significant. Right now, we have a massive network with excess capacity, which could unlock significant incremental cash flows through access fees from private operators. In addition, the existing infrastructure requires no extra state investment, as track maintenance costs should be largely fixed costs,” said Nhlapo.