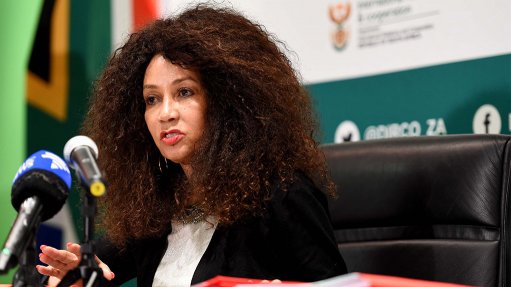 Tourism Minister Lindiwe Sisulu on Friday morning claimed that she believed that the Presidency’s media team was at fault for being deliberately mischievous in the statement issued regarding her retracting and apologising for her controversial comments about the judiciary.

In another statement, barely 12 hours after a back-and-forth between both offices about a meeting held between the two this week, Sisulu insisted she had not been admonished by the President Cyril Ramaphosa, despite the Presidency saying the contrary.

"As is accepted and lifelong practice, the Minister respects the Office of the Presidency and the President; however, she wishes to record that she is troubled that the President’s media team was deliberately mischievous in the statement issued, as the Minister at no point in the conversation was firstly admonished or secondly expressed regrets resulting in agreeing to withdraw or apologise for her article, but agreed to reconsider the particular line relating to the judiciary which the President had raised the issue with and was to share with her," reads Sisulu’s latest statement on Friday.

While the minister maintained she had been deliberately misquoted in the Presidency’s statement, she did concede that a respectful consultation with Ramaphosa did take place on Wednesday.

"The Minister confirms that indeed she on Wednesday met the President at his request for a consultation in which the President expressed discomfort with a particular aspect of her opinion piece published on 7 January 2022 under the title, 'Hi Mzansi, have we seen justice'.

"After their engagement, in which the President took issue with the Minister and expression relating to the judiciary, the president proposed that a third person or intermediary assist the particular and solitary line the president had found an 'offensive' expression.

"We had a mature and sensible meeting, and we thus concluded on good terms. In fact, yesterday (Thursday), the President called me and read the specific sentence as redesigned that he had found offensive. We ended our discussion on an amicable base," the statement says.

Sisulu’s objections come after the Presidency on Thursday released a statement saying Ramaphosa had met with her and admonished her over her attack on the judiciary, following which, the minister had then retracted her sentiments.

'I stand by what I penned'

"Minister Sisulu conceded that her words were inappropriate and retracts this statement and affirms her support for the judiciary.

"I accept that my column has levelled against the judiciary and African judges in particular unsubstantiated, gratuitous, and deeply hurtful comments," reads the statement issued by the Presidency on Thursday.

But Sisulu set the record straight in her own statement shared on Thursday night.

She said in a statement, "I wish to categorically disown this statement in its entirety as a misrepresentation of the said meeting I had with the president. The president and I met on Wednesday at 21:00 at his house."

"In such a meeting, he shared his challenge with one aspect of the article on the judges. The president proposed an intermediary that would focus on the one line about the judges to resolve that. I awaited such to be communicated, which would do nothing to the entire article.

"Under no circumstances did I commit to any retraction or apology since I stand by what I penned. The content of the president's statement in its current form is unfortunate as it is not what we agreed on. In this regard, I wish to distance myself from such."

Despite this subsequent statement by Sisulu, the office of the Presidency said, through yet another statement, that it stood by its initial statement.