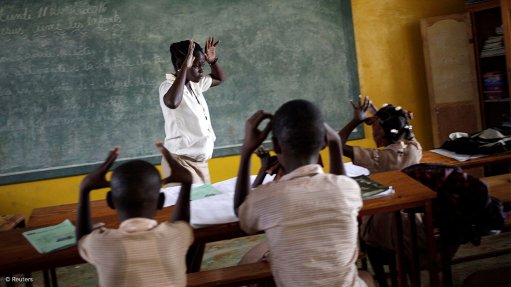 ”The committee is recommending that section 6 (1) and (5) (a) be amended to include South African Sign Language  (SASL) as an official language. The committee accepted the fact that the issue of addressing the proposal for declaring SASL as an official language was long overdue. It is expected that the necessary formalities should be made by Parliament to ensure the amendment of the Constitution to accommodate this,” said PanSALB chief executive Rakwena Monareng.

”This is indeed a positive response not only to the deaf communities, but also to the entire country, particularly to those who wish to study sign language.”

PanSALB is responsible for promoting all South African languages, including those used for religious purposes. The country has 11 official languages.

Monareng said the committee’s recommendation came at a crucial time ahead of Deaf Month in September. The decision could help stop incorrect sign language interpreters if implemented.

”PanSALB believes teaching SASL from school level will also regulate and limit challenges of incorrect sign language interpreters, such as the one at the memorial service of the former president Nelson Mandela in 2014. As it is enshrined in the Constitution, we believe all languages are equal and all should be given the recognition, respect and publicity they deserve.”

”PanSALB is looking forward to working with the Department of Education to ensure that the provision of SASL becomes a success and contributes immensely to all citizens and respects those living with a deaf incapacity.”