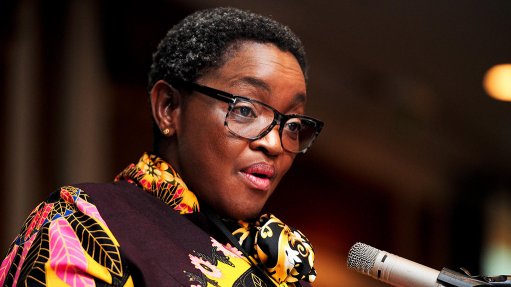 Claims that former Social Development Minister Bathabile Dlamini is being deprived of her pension, allegedly due to political instructions, are "without substance and are devoid of any truth", the Department of Justice and Constitutional Development said on Wednesday.

Dlamini recently told the Sunday Times she was strapped for cash because her pension had been blocked. She cited this as a reason for defying a Constitutional Court order to pay part of the legal costs to non-governmental organisations that won a social grants case against her in 2018.

The Constitutional Court found that Dlamini had lied in court papers when she defended an application by Black Sash and Freedom Under Law (FUL) in relation to the distribution of social grants payments. The court then ordered her to personally pay 20% of the legal costs incurred by Black Sash and the FUL, according to The Witness.

The Office of the solicitor-general initiated an investigation into the claim and found that the instruction to withhold the payment of the former minister's pension was received from the South African Social Security Agency (Sassa), department spokesperson Stephen Mahlangu said.

"Reasons for the withdrawal of the pension are well known by the former minister and Sassa. Thus far, no party has contested them nor has there been any intention to do so," said Mahlangu.

"The State Attorney acts upon the instruction of its client, which are the departments and state entities that it represents. This matter in particular is currently being litigated by the parties which include the former minister."

Mahlangu said the solicitor-general was not "at liberty to reveal the exact nature of the instructions to the State Attorney".

He said that would be the discretion of Sassa as the client department.

"However, we can confirm that all the parties in the matter are in possession of the necessary documents which flow from this instruction and are fully aware of the current legal position. This includes the erstwhile Minister of Social Development," he said.

"Politics do not play any role whatsoever in the work of the State Attorney's office and insinuations suggesting otherwise are malicious and should be outrightly be rejected."