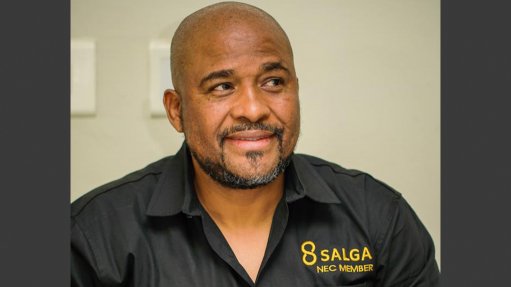 Parliament is finally set to have a permanent secretary after the post had been vacant, with an acting official at the helm, since 2019.

Speaker Nosiviwe Mapisa-Nqakula was scheduled to announce a new secretary by 1 April, however, two months ago, she told the National Assembly's programming committee that the job would be re-advertised, casting doubt over whether she would be able to meet the deadline.

It's understood that the stumbling block had been George's salary, reported to be around R5.8-million in the financial year ending March 2020. This was said to be more than 60% of what Parliament was offering.

While Mothapo's statement did not include details about George's salary, it was revealed that the executive authority would recommend to the Houses of Parliament, the National Assembly (NA) and the National Council of Provinces (NCOP), that he assume his duties on 1 June, subject to the houses' confirmation of his appointment.

"The presiding officers said Mr George is an administrator who will bring a remarkable and deep knowledge and extensive experience in a range of areas that include intergovernmental and international relations, development economics, and political-administration interface. The appointment of Mr George will bring the required stability in the administration of Parliament, as the position of the Secretary to Parliament has been vacant for almost five years," the statement from Parliament read.

George's qualifications include a Master of Business Administration degree, and what was described by Parliament as an "illustrious profile of three decades of excellent performance in various top administrative positions in all three spheres of government".

George has earned accolades from national and international reputable and credible organisations, such as the Auditor-General of South Africa (AGSA), the South African Institute of Chartered Accountants (SAICA), and was both the continental and SADC winner of the Titans Leadership Award.

Beyond the parliamentary officials throwing their weight behind him, George also had support from the parliamentary branch of the National Education, Health, and Allied Workers' Union (Nehawu) that was pushing for his appointment.

Parliament had been without a permanent secretary since the sacking of Gengezi Mgidlana in 2019. Since then, his deputy, Baby Tyawa, had been acting in the position.

The absence of a permanent secretary came into sharper focus following the fire at the parliamentary precinct in January.