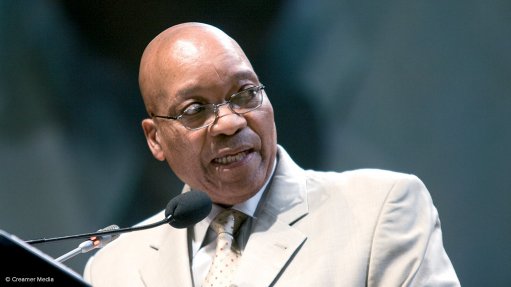 President Jacob Zuma has extended his heartfelt condolences on the passing of late jazz Musician Mr Raymond Phiri, who passed on today, 12 July 2017.

Mr Raymond Chikapa Enock Phiri was a South African Jazz, fusion and mbaqanga musician born in in present-day Mbombela, Mpumalanga. He became a founder member of the soul music giants group of the 1970s, the Cannibals, which were later joined by the late soul singer Mpharanyana.

When the Cannibals disbanded, he founded Stimela (Steam Train), with whom he conceived gold and platinum-winning albums like Fire, Passion and Ecstasy, Look, Listen and Decide as well as the controversial People Don’t Talk So Let’s Talk.

Mr Ray Chikapa Phiri was also honoured with the Order of Ikhamanga in Silver for his sterling contribution to the South African music industry and the successful use of arts as an instrument of social transformation. National Orders are the highest awards that a country, through its President, bestows on its citizens and eminent foreign nationals.

“He was a musical giant. This is indeed a huge loss for South Africa and the music industry as a whole. We are with his family in thoughts and prayers during this trying period. May his soul rest in peace,” President Zuma said.