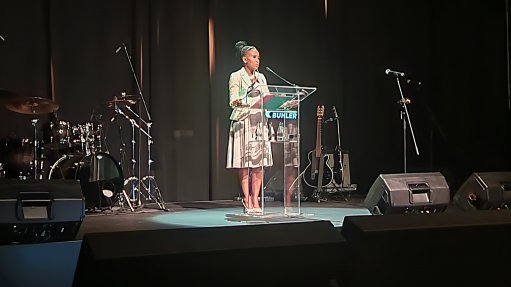 For lack of a better term, we have had an electric two-days that has sent a strong message to the 6-million residents of Johannesburg, and the country as a whole.

The message is that we are taking active steps to mitigate and eventually arrest the devastation of the last 15-years caused by rolling blackouts, or ‘loadshedding’ as it is euphemistically termed.

In addressing our energy crisis, it is important to understand that when Joburg, the country’s economic hub, which makes up 15% of the country’s GDP, cannot keep the lights on it means that mass economic activity is suspended for hours on end, undermining all efforts to build a post-COVID-19 economy.

The last two-days have also been about establishing strong partnerships towards building the City, because it is a grand task that cannot be done by the City of Johannesburg alone.

What I have been encouraged by is the willingness of the private sector and academia to see not only the Joburg Energy Indaba succeed but also to see new IPP projects go online.

Generally, there has been a poor relationship and poor communication between the City and stakeholders like you but what has been evident over the last two-days, is that there is trust and respect between us.

The Acting CEO, Ms Tshifularo Mashava, went further by declaring our intent by saying “City Power is open for business!”

As a starting point, we will establish an advisory panel of experts that will continuously advise the City, and hold us accountable for the outcomes and deliberations of the last two-days and beyond.

This panel will draw from the diversity of expertise and knowledge that attended this monumental meeting of minds that must now become a programme of action.

We have done the talking and now it is time to work.

MMC Sun has informed me that Environment and Infrastructure Services Department (EISD) and City Power will be embarking on a fact finding and information sharing tour of Cape Town, before the end of June, in order to learn from those who are at an advanced stage of employing many of the programmes we have spoken about during the Indaba. This includes how to best manage Requests For Proposal (RFPs) and procurement, which can often be a stumbling block that takes longer than the build process itself, if not properly executed.

Essential infrastructure crimes (cable theft and vandalism) constitute a national security threat due to the cascading effects and detrimental impact to other critical economic sectors and essential basic services. This is more pronounced in Joburg, as articulated by Major-General Kadwa of the Hawks.

To illustrate, the extent of the problem, City Power recorded 1,770 cable theft and vandalism incidents in the current financial year, dated from 01 July 2021 to 30 April 2022. During the same period City Power suffered direct losses of close to R23-million (R22,624,927).  These figures exclude indirect losses such as revenue losses due to unserved energy, and the greater economic impact to customers and businesses.

We are therefore pleased to have formed a close and fruitful working relationship with the National and Provincial Policing structures, including Crime Intelligence and the Hawks. This effort is being coordinated at a local level by the Group Forensic Investigative Service (GFIS), working with the Joburg Metro Police Department (JMPD). The JMPD is at an advanced stage of forming a Specialised Patrol Unit that will focus on economic infrastructure and illegal mining. MMC for Public Safety, Cllr David Tembe, mentioned this in response to a question from the floor.

When we talk about building a City of Golden Opportunities, where the supply and distribution of energy is reliable, clean, and affordable, we must also talk about the incorporation of smart technologies in both the protection of infrastructure and the functioning of our aged grid. The presentations on smart technologies were well-received, and I have noted the need to also engage local companies and the youth. In this regard, over 120 maths and science learners from schools across the City joined us over the last two days.

Over 500 delegates gathered under this roof to find solutions, which are brought about by persistent and expensive rolling blackouts. If we are to relegate rolling blackouts to the history books, Joburg requires 100 MW per stage of loadshedding.

Meaning that if we had an additional 200MW, when the clock strikes 17h00 tonight for Stage 2 loadshedding, the City of Joburg would be shielded, and economic activity would be sustained.

I am advised that we are aiming for between 400MW and 500MW of additional power generation, and in that context, we will find much needed comfort, and I am certain our residents will rejoice.

The two questions on our residents’ lips are “when?” and “how?”

Within the next three months, City Power will go out to the market for RFPs or Requests for Proposals, and that will be followed a tender process. Once this is done, we can expect to see projects go online, in a phased approach, over an 18 to 34 months period.

I believe that we can move even quicker, and raise necessary funds, by allowing existing IPPs to rent our distribution network through wheeling. This is a win-win for both consumer and City Power, but we must ensure that the grid works.

I have therefore asked the Acting CEO of City Power, Ms Mashava, to breakdown the R26-billion so we can isolate which aspects of it relate to the grid and substations, with the intention of establishing a fund and attracting grants that speak to that aspect.

Before we close the first Joburg Energy Indaba, which I can confidently state has been a success, we will now sign a Memorandum of Understanding between the City, The Independent and Alternative Power Producers of South Africa and / or their Associations, The Investment and Financing Community, The Law Enforcement and Security Cluster, and Academia. Some of the signatories are here, those who are not, will sign at a later stage.

The MOU seeks to formalize an agreement that will:

Petition relevant spheres of government to remove or reduce regulatory obstacles that impede or may impede the success of implementing the identified mechanisms; and

Establish cooperation to secure and protect the vital infrastructure that is needed to ensure that the identified mechanisms can be deployed without interruption.

The parties acknowledge and agree that this MOU is not a commitment of funding for specific programmes or procurement of specific Producers, but rather a pledge towards securing reliable, clean and affordable energy. The City further records that any and all activities under this MOU shall be undertaken in accordance with the prevailing legal framework.

Let the work begin as soon as tomorrow, as we build a City of Golden Opportunities where the lights stay on and the energy we produce is clean and affordable.