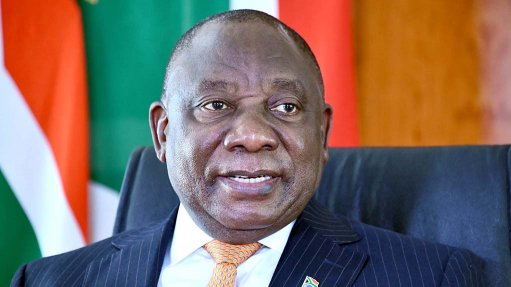 The country's economy is set to contract anywhere between 7% and 13% this year due to the damaging impact of the lockdown that was instituted to curb the spread of Covid-19. Most recent data from Stats SA showed that the economy contracted by 51% quarter on quarter on an annualised basis as a result of the lockdown, which saw economic activity grind to a halt for five weeks.

The country has had to borrow from multilateral institutions such as the International Monetary Fund, the African Development Bank and the New Development Bank, in order to fund responses to the pandemic as well as buoy the economy.

"The social partners' action plan is founded on significant convergence on what needs to be done to set the economy on a new, accelerated, inclusive and transformative growth trajectory.

"Social partners have identified priority areas for rebuilding the economy as well as structural reforms and other programmes which will enable sustainable and inclusive growth with an intensive focus on job creation," read the statement from the Presidency.

Notably, Nedlac agreed on a social compact to mobilise funding to address Eskom's financial crisis "in a sustainable manner", according to the statement. Eskom is facing a growing debt burden which currently stands at some R480 billion. It's been battling with operational challenges, impacting its ability to supply power with detrimental effects on business confidence and economic growth.

Commenting on the agreement and the commitments made by social partners to implement the plan, the president said it "is a great achievement that rises to the challenge of the moment".

FAILED STATE?
Speaking to Fin24 earlier on Tuesday, CEO of the South African Chamber of Commerce and Industry Alan Mukoki said South Africa could either "be successful" and "find its feet" or risk becoming a "failed state", depending on the decisions made in charting a recovery.

Mukoki pointed out that while the National Development Plan (NDP) for one maps out objectives such as addressing inequality and unemployment, it still lacks a detailed strategy of how to achieve these objectives. He likened the NDP to a "wish-list".

IMPLEMENTATION CRUCIAL
Chief economist of the Bureau of Economic Research Hugo Pienaar said the country does not need new plans, but rather has to focus on implementing the plans that have already been put on the table.

Quick gains would be to get the spectrum licence auction going again, which was recently postponed by another three months. Another option is to get the new rounds of independent power producer programme going, to encourage green investment.

Pienaar noted the latest developments in the energy space. Last week the national energy regulator concurred with the ministerial determination for an additional 11 000 MW of power to be procured from the year 2022.

"These two things will not change the world, but they are tangible, low hanging fruit," said Pienaar.

"It does not cost the government anything. We know government finances are stretched," he added. Pienaar said that government would be able to get revenue from auctioning licences and green energy investment would be forthcoming from the private sector.