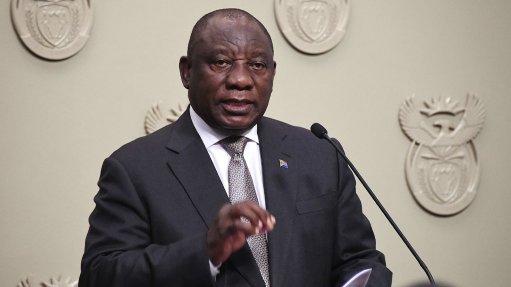 President Cyril Ramaphosa will continue his consultative tour on Friday, ahead of the country moving down to Level 3 of the nationwide lockdown.

His office announced that the president would hold virtual engagements with stakeholders in the tourism sector who had asked to meet him.

Ramaphosa has spent the week meeting with several other groups, including opposition parties in Parliament, the National Economic Development and Labour Council (Nedlac), and two meetings with religious leaders.

"These consultations enable government to share its plans and outlook with stakeholders who are given the opportunity to table concerns and proposals that enable effective partnerships between government and the social partners in the effort to protect lives and livelihoods alike," Ramaphosa’s spokesperson Khusela Diko said in the statement.

The country’s tourism industry has been hard hit by the Covid-19 pandemic, with Tourism Minister Mmamoloko Kubayi-Ngubane informing Parliament last week that her portfolio was the hardest hit by the pandemic.

South Africa closed off its borders when Ramaphosa announced a lockdown in March, with citizens from several hotspot countries being banned from travelling into the country during the state of disaster. The bans, which were extended to the prohibition of inter-provincial travel and the closure of hotels and conferencing establishments, were some of the things which affected the tourism and hospitality industry.

"In mitigation of the impact of the pandemic on tourism, which is the largest source of employment in the country, the Department of Tourism has instituted a Tourism Relief Fund to assist small, micro and medium-sized enterprises affected by lockdown restrictions on the movement of people, and the closure of the country’s borders," Diko said.

She said the R200-million relief fund would be disbursed as once-off R50 000 grants per entity, to ensure businesses survived as the country prepares to reopen more economic activity, alongside the primary objective of saving lives in the midst of the Covid-19 pandemic.