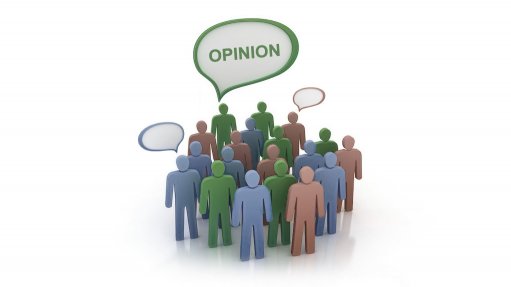 Ill-considered and sweeping in its condemnation as the application might have been, what it illustrated was a citizen’s wish to have the court adjudicate a governance-related issue which he felt strongly about. This is hardly the sign of a terrorist or a person seeking to “excite disaffection”, whatever that may mean. It would indeed have been a simple task for the court to dismiss the application for lack of standing or prescription or have its contents struck out.

The State’s response was his immediate arrest, charging him with sedition and belonging to “terrorist groups”. He remains in prison awaiting his trial. The arrest throws a shadow over the government’s own claims of being a democratic State.

In 2006, Eswatini entered a new dawn, with the passing of a Constitution which entrenches constitutional rights, including the right to freedom of expression and association. From a legal point of view, the Constitution, as the supreme law, replaces the previous supreme law, the King’s Proclamation of 1973, which criminalised membership of political parties.

The preamble of the Constitution makes it clear that it represents a clean break with the past, “to start afresh under a new framework of constitutional dispensation”. In 2017, the UN Human Rights Committee noted the explanation provided by the government “that the 2005 Constitution replaced the 1973 King’s Proclamation and that the proclamation is thus no longer in force”. In theory, the ban on political parties introduced by the 1973 proclamation was thus effectively lifted with the coming into force of the Constitution on 8 February 2006.

Before and after the enactment of the new Constitution, however, the Sedition and Subversive Activities Act of 1938 (amended in 1983 to increase imprisonment to 20 years), has been used against activists to suppress dissent. In one such instance, in 2000, Mario Masuku was charged with sedition and acquitted after spending 323 days in maximum security prison.

On 23 June 2008, political parties filed an application requesting a declaration that “political organisations, are entitled and have a right, to be recognised, registered and organise, operate and engage in free political activity in Swaziland”. The Supreme Court eventually ordered that the right to freedom of association includes the right to form and join political parties. It did not, however, extend to allowing political parties to participate in elections. [A related application for the Court to order that political parties can at least support individual candidates in the election was dismissed on scant procedural grounds before the 2018 national elections.]

Shortly after political parties filed their 2008 court application, the State introduced the Suppression of Terrorism Act, and on 14 November 2008, the Prime Minister declared the Peoples United Democratic Movement (PUDEMO), and three other organisations terrorist groups. Subsequently, the terrorism law was used to arrest and detain activists and search their houses. For example, in October 2008 Mario Masuku was charged under the Act after he made a speech at the funeral of an activist. On the first day of the trial, he was acquitted after the prosecution had failed to produce an offence, which meant that he had spent 343 days in custody on what were proved to be spurious charges. In May 2010 Sipho Jele was arrested at a May Day rally for wearing a PUDEMO t-shirt. He died in custody.

A number of activists subsequently attempted to challenge the constitutionality of the sedition and terrorism laws: Constitutional challenges were launched by Thulani Maseko, who was charged with sedition after making a statement during a May Day rally in 2009 commemorating deceased activists; three activists were charged with sedition for taking part in the demonstration and being in possession of a banner; Mario Masuku and Maxwell Dlamini were charged with sedition and terrorism after speaking at a May Day rally in 2014 and were only released on bail after spending 454 days in jail; and Mlungisi Makhanya, was, along with 6 others, charged in April 2014 under the Suppression of Terrorism Act for wearing a t-shirt which contained the logo of PUDEMO. [They were arrested when they attended the court hearings of Bheki Makhubu and Thulani Maseko in 2014, who had themselves spent more than a year in custody on contempt charges for voicing criticism of the judiciary.] These cases challenged provisions of the sedition and terrorisms laws and were heard as one case.

The Eswatini High Court, on 16 September 2016, held that despite PUDEMO being a specified entity under the Suppression of Terrorism Act, arresting persons purely for belonging to this group and for wearing its t-shirts and chanting its slogans, interfered with their rights to freedom of association and freedom of expression. The High Court declared the offences of sedition and subversion unconstitutional, rendering the Sedition and Subversive Activities Act inoperable. It also declared parts of the Suppression of Terrorism Act, including the definitions of terrorist act, and terrorist group, and the offence of supporting terrorist groups, unconstitutional to the extent that the provisions violated the rights to freedom of expression and association. In its reasoning, the High Court found that the State had failed to show that the restrictions on the applicants’ freedom of speech were reasonable or justifiable.

It would appear that in the absence of condonation having been granted for the late filing of the appeal, the High Court judgment should be effective, since there is no formal recognition of an appeal. The State thought differently, when it charged the lone activist in May 2019. There is no reason why any person ought to remain in custody awaiting trial for an offence which the High Court had declared unconstitutional. If the State is sincere in its claims that there is a new dawn, it ought to not implement laws which impinge on freedom of expression. Even if these offences are still operational pending an appeal ever being heard, it is not an offence to point out errors or defects in the government, and persons should not be arrested simply for doing so. The Constitution places a duty on the State to promote and protect the rights to freedom of expression and association. Arresting people who speak their mind to the contrary has a chilling effect on these rights.