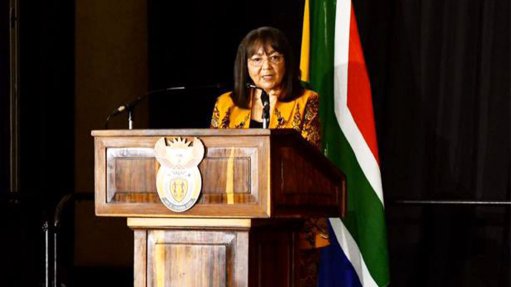 The troubled Department of Public Works and Infrastructure (DPWI) said it has set out to repair and rectify "vulnerabilities and defects" at the Beitbridge border fence project, which has been mired in controversy.

The department said by mid-December it is expected to finalise a "technical condition assessment", which will determine the nature of the remedial work.

It said efforts have also been made to implement several other recommendations made by Parliament's Public Works and Infrastructure Committee.

This emerged as Public Works and Infrastructure Minister Patricia de Lille and her officials met with the committee on Wednesday to deliberate on measures taken to rectify defects at the R40-million border fence project.

Responding to questions from MPs, De Lille said: "The department is in a mess. It is because more than 12 of the senior managers in this department has been appointed irregularly, without the necessary qualifications. For the past 18 months, we have introduced some systems like consequence management, due diligence… so it's all work in progress."

Deputy director-general for real estate investment services Sasa Subban said the DPWI has engaged the Department of Defence to increase their presence on the borderline.

Subban said any further border fence initiatives should be located in the context of the Integrated Border Management programme.

In August, investigators detected at least 115 breaches that made it easy for immigrants to unlawfully enter South Africa from Zimbabwe.

Caledon River Properties CC, trading as Magwa Construction and Profteam CC, were responsible for the work at Beitbridge, for which R40-million was budgeted.

A process is currently underway to restrict the companies from doing further business with government.

"It is also recommended that supply chain management should use the appointed service providers to conduct due diligence on tender processes. The department has commenced the review of the SCM processes. As a result thereof, the department has recently concluded the memorandum of agreement with the National School of Government to provide the necessary training. The process is ongoing," Subban said.

Last month, a report on the matter was considered by Parliament's Standing Committee on Public Accounts (Scopa) and revealed several defects after submissions by the Presidential Infrastructure Coordination Commission (PICC).

It found the barbed wire coils were stretched beyond the recommended effective limit, making it easier to scale down the fence.

There was also no confirmation that the quality of the concrete used was tested and town planning considerations were not taken into account before the contract was awarded, Scopa's report read.