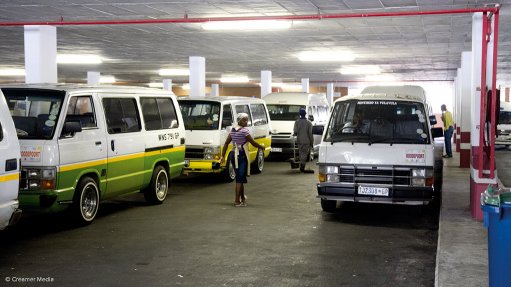 Future of Transport (FOT) Consulting expects the new policy on South Africa’s public transport subsidy regime to be finalised and presented to Cabinet for approval by the end of 2020.

FOT Consulting strategic planning and transformation specialist Rehana Moosajee says a draft policy document should be available in the first quarter of next year, with stakeholder engagement to take place in the first half of next year.

FOT Consulting was appointed in November last year to develop a public transport subsidy policy for the Department of Transport.

Government currently subsidises all public transport modes in South Africa, with the exception of minibus taxis.

Moosajee notes that the provision of public transport subsidies is not unique to South Africa, with every government paying subsidies, with Hong Kong perhaps the only exception, owing to the city’s compact nature.

She says that subsidies exist primarily to make the public transport available to the poor, while it must serve as an incentive for the modal shift from cars to public transport.

Some key observations from FOT Consulting’s initial work indicate that the slow pace of spatial transformation (land-use patterns) and economic activity have major implications for the subsidy regime.

There is also a level of inconsistency and mixed signals regarding acceptable public transport standards and norms in relation to the existing services offered by minibus taxis.

Public transport policy indicates high standards for safety, affordability and accessibility, but simultaneously sends signals that minibus taxis and the flexibility they offer are regarded as affordable to the fiscus.

There is also low trust in the system, with frustration from minibus operators for being excluded, as well as from emerging and established bus operators who are impatient about the interim arrangement that has been in place for years.

Moosajee says public transport in South Africa is faced with the dual challenge of government aiming to reduce public transport subsidies over time, as well as the increased use of private cars.

“We can’t say reduce the subsidies, but increase the quality of service.

“We want Rolls Royce service, but want to pay for a Volkswagen.”

* Moosajee spoke at the Southern African Bus Operators Association conference held in Pretoria last week. She is the former Johannesburg Member of the Mayoral Committee for transport.