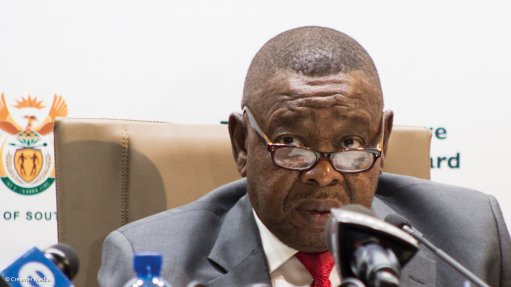 "Unfortunately we as South Africans have in recent times often focused disproportionately on our universities, instead of giving appropriate attention to the entire post-school education and training sector, and TVET colleges in particular," he told reporters in Cape Town.

The department only took over responsibility for the colleges two years ago, and found some were poorly managed. It was trying to rectify this, he said.

This year, TVET colleges will have 207 510 places for new entrants. A total of 142 484 of these places are for students interested in studying towards a national diploma in engineering or business studies.

Another 65 026 places will be available across 19 programmes for the national certificate (vocational), which provides theory and practical experience in a range of vocational fields.

TVET students had been protesting in all provinces, except in the Western Cape and Mpumalanga, Twani said.

They had handed a memorandum to Nzimande to complain about insufficient funding, late payment for accommodation and transport allowances, victimisation of students, poor infrastructure development with no funding model, and results and certificates not being released.

Although Nzimande had said TVET college students were entitled to the same funding assistance as university students in theory, Twani said this was not happening.

Nzimande insisted on Thursday that the 8% fee increase limit imposed on universities last year, also applied to all TVET students with a family income below R600 000 a year.

The release of 54 561 November subject results for TVET colleges had been blocked because of alleged leaks of exam papers in four subjects. The results of another 1 298 candidates were being withheld because of allegations of cheating.

A further 8 224 subject results had not been released yet because of capturing problems, incorrect codes, or data processing errors.

Nzimande said all outstanding result issues would be resolved by February 28, and all certificates for the November 2016 exams would be processed by March 31.

The blocked results would be released once Umalusi had studied a report on them.

The department was clearing the certification backlog for the national certificate level 2, 3 and 4 qualifications from 236 821 certificates, in August 2015, to 973.

Regarding complaints about poorly qualified lecturers, the department had partnered with some universities to start offering dedicated lecturer qualifications.

The department had a 10-year plan to add 300 000 beds for college student through private enterprises.

An intervention task team has been set up for TVET students, and Nzimande and Safetsa representatives were expected to meet on Friday.