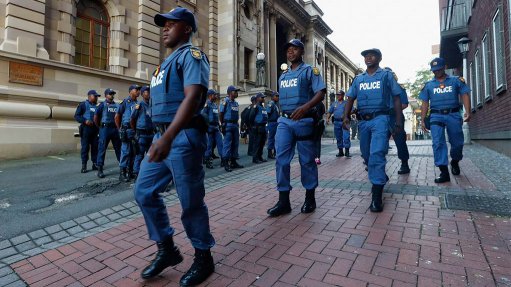 University of Cape Town (UCT) Centre of Criminology researcher Anine Kriegler said on Friday that for South Africa to realistically improve its policing, a range of approaches of systematic empirical observation of policing activities and outcomes must be maintained.

Kriegler was speaking during the Institute for Security Studies’ virtual Evidence-Based Policing Mini-Conference.

“For this, we need evidence generated through intentional, careful observation and research. Only studies that explore a causal relationship between a particular police activity or strategy and a dependent variable (e.g. crime levels, safety perceptions, fear of crime and/or satisfaction with police) can determine what works in policing and what doesn’t. This is the approach that South Africa’s police and researchers should pursue,” said Kriegler.

In the 2019/20 financial year, the South African Police Service’s (Saps) 187 000 employees spent about 365-million hours and R96-billion trying to achieve their goals. Among their many reported activities, they stopped and searched 6 289 939 vehicles and 3 802 393 individuals.

"We have to acknowledge that we know a lot about what is happening in the South African policing sector, but very little about what works. There is always no good evidence that South African police activities have an intended impact on safety or perceptions," she said, adding that this means that the country still has lot of questions to ask.

As a country, she said, South Africans can look to other middle-income democracies with high rates of violent crimes, citing the UK as a useful imperative.

She added South Africa’s police force isn’t perfect, explaining that among its many dedicated, hardworking officers are many who are unmotivated, abusive, corrupt and criminal.

Kriegler explained that these elements, together with incompetent leaders, must be rooted out.

“But it is equally important that we root out the inefficiency and possible harms that can result from even the best intentions. For this, we need to promote a police culture based on evidence and critical thought,” she added.

Van der Spuy said there has been growth in the conversation happening in various policing forums of this particular pandemic.

She explained that police officers are already facing severe challenges of in terms of efficiency, accountability and legitimacy.