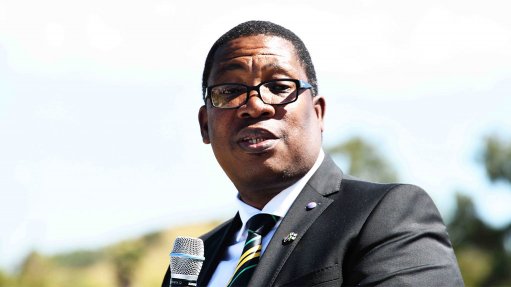 "We will have to await the new premier's announcement of his own cabinet; it's his prerogative," Nciza said.

He warned that no one "owns any positions within the ANC" and that members should not take offence if they are moved to a different portfolio or if they are not considered for any of the 10 MEC positions.

Lesufi declined to comment on the looming reshuffle and said: "I don't even have a draft list as it stands.

"The choice does not lay entirely with me; I must consult with the ANC and then the alliance before we can announce the new MECs," he said.

A PEC member who spoke to News24 on condition of anonymity added that Bandile Masuku, a staunch ally of the incoming premier, was another name that was mentioned.

"While Masuku's name has been discussed, the province is aware that it would be a hard sell to the ANC national office bearers and alliance partners, given the allegations that led to him vacating his position as Health MEC," the PEC member said.

The PEC said on Wednesday: "The resignation by Makhura was informed by his desire to facilitate a smooth transition and to afford the newly elected provincial leadership space to run a far-sighted and inventive campaign towards the 2024 general elections."

Makhura served as the province's sixth premier since 2014.

Taking over the reins, Lesufi said the ANC in the province had a clear plan on how to turn around declining electoral support.

He added that the provincial leadership had a plan in place in the lead-up to the looming national elections, which it kickstarted through meetings with every ANC branch in the province, outlining its vision and how to take the party forward.