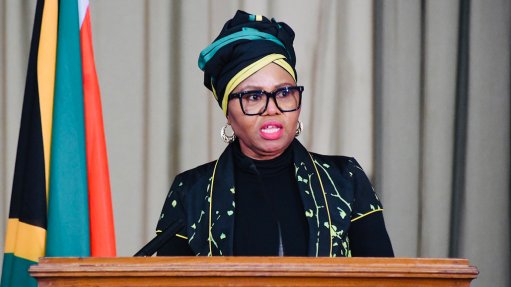 More than 10-million South Africans applied for the Covid-19 social relief of grant of R350, less than two weeks after applications were reopened.

This was contained in Zulu's response to a parliamentary question by Inkatha Freedom Party MP Liezl van der Merwe, who wanted details on the applications.

The application channels were reopened on 6 August, shortly after President Cyril Ramaphosa announced the reintroduction of the special Covid-19 social relief of distress (SRD) grant.

Zulu said the validations of these applications were still under way.

At the time, Zulu said 177 108 public service employees from national and provincial government departments had received a combined R200 787 648.

Public servants were entitled to receive a foster child grant, and may also get a care dependency grant, only for the same child.

By far, the lion's share of the R200-million went to KwaZulu-Natal government employees, who received more than R107-million.

The second-largest amount, R19.6-million, was taken by Northern Cape government employees, while Gauteng and Eastern Cape employees were in the top four after getting R18.1-million and R16.3-million, respectively.

In respect of the new application process, Zulu said the total number of grants approved on appeal, which are still outstanding from the first cycle of this grant, is 1 425.

"This refers to the numbers of grants to be paid, not the number of beneficiaries, as one beneficiary may have the grant approved for more than one month," she said.