Our Future: Africa-Europe Dialogues to explore democracy through innovation and creativity at free, accessible-to-all forum in Joburg 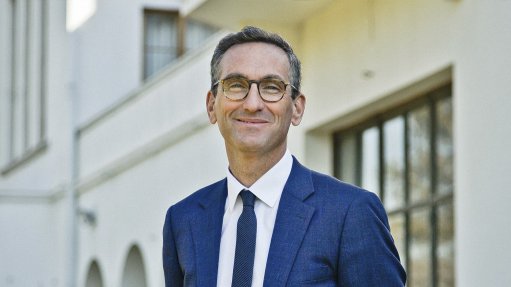 The French Institute of South Africa (IFAS), the French Embassy in South Africa and their South African partners are set to host the first of a cycle of regional forums in Johannesburg from 7-8 October. The forum, titled, ‘Paths to Democracy’, focuses on revitalising democracy through innovation and creativity as it passes through iconic sites from Soweto to Constitutional Hill.

On year after the New Africa-France Summit which sought to revitalise the relation between France and South Africa, the French Institute in Paris, local partners in African countries, European partners, and the French cultural network plan to co-organise a series of regional forums titled, ‘Our Future: Africa-Europe Dialogues’ over the next three years. ‘Paths to Democracy’ is the first of these forums.

One of the shared challenges we face is the erosion of democracy, and to address this, we need to transform the way that democracy is considered. ‘Our Future: Africa-Europe Dialogues’ intends to do this through a series of innovative programmes designed to include diverse local and international perspectives from people of all ages.

‘Our Future: Africa-Europe Dialogues’ has three main objectives: to intensify the dialogue between African and European civil societies; to create the conditions for free, transparent, and peaceful exchanges between the two continents; and to work towards the shared development of new tools for co-operation.

‘Paths to Democracy’ is a free, accessible to all, and collaborative public programme co-created with local and international partners. It will bring together a wider body of activists, intellectuals, artists, community organisers and advocacy groups so that solutions to democratise the future reflect the diversity of the people who will experience it. Young people, in particular, are encouraged to participate in the programme, with events specially designed to include children and young adults in pinpointing ways of progress. The two-day intercontinental movement aims to empower all citizens and citizens-to-be to build their own designs for the transformation of democracy.

The first day of the forum, themed “Expressions of Democracy” (Friday, 7 October) will explore past and present experiences and manifestations of democracy. The Soweto Theatre will host a variety of discussions and creative engagements about different facets of democracy involving the European Union (EU) and African countries. The day will end with a slam poetry competition at the University of Johannesburg (UJ) Soweto campus. The second day, themed “New Forms of Democracy” (Saturday, 8 October) will allow the public to visit Constitutional Hill, where they can also participate in workshops, walks and discussions about innovative democratic projects. A multi-generational dialogue with topics aimed at engaging younger generations is highly anticipated.

Speaking on the importance of ‘Paths to Democracy’ and what the forum hopes to achieve, French Ambassador Aurélien Lechevallier said: “Europe and Africa are facing similar challenges as we witness a widening gap between the youth and the political scene. Through this series of debates, we hope to encourage dialogue across the continents and generate new ideas to strenghten our democracies.”

You too can join this journey towards the revitalisation of democracy. Because space is limited, register at https://www.pathstodemocracyforum.co.za/ to reserve your spot as soon as possible to avoid disappointment. The full programme details can be viewed on the same link.