Only way to fix Eskom, Transnet is to work as SA Inc, conference hears 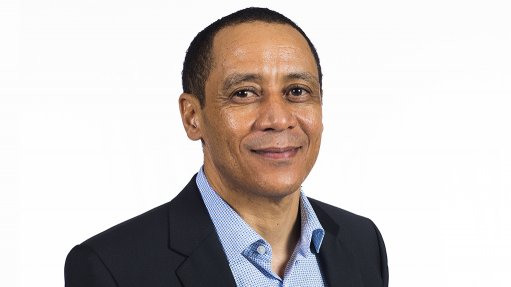 “We have to start thinking about the 60-million people in this country and stop thinking about ourselves as a business alone. We have to think about the future of the country going forward and not about Seriti alone,” said Teke. Seriti is the largest supplier of coal to Eskom and the holder of the most cost-plus contracts with the utility.

Oberholzer told the conference covered by Mining Weekly: “If we, as South Africa, don’t get together and start working as SA Inc, I personally see that we’re going to run out of electricity generation capacity.”

The two big State-owned enterprises under the spotlight effectively form the backbone of the economy.

“If you don’t have Eskom and Transnet functioning in this economy, we’ll fall flat and end up as a failed state,” Teke warned.

“Where we are at this time as Seriti, we want to collaborate,” he emphasised.

Eskom has 15 coal-fired power stations, the two newest with design defects and the 13 others averaging 43 years in age and coming to the end of their lives.

The plant has not been properly maintained because there is not sufficient capacity to take power stations out of service for upkeep.

Financially, Eskom also has insufficient money because it does not have cost-reflective tariffs, which has put the utility into debt.

A significant number of embedded corruption issues are also still having to be dealt with, which flies in the face of Eskom personnel serving the interests of 60-million South Africans ahead of themselves.

“We will repurpose our power stations. We will then also get involved in renewables,” said Oberholzer, who also spoke of the Department of Mineral Resources and Energy needing to come forward with new policy and taking the country beyond its current Integrated Resource Plan (IRP).

“We do have an IRP 2019, but it’s no longer adequate and sufficient anymore. What is coming at us is that we are going to retire so many gigawatts over the next 14 years, which means that we need additional capacity yesterday. We’re already too late in having it available to the country. This is why I cannot emphasise enough that we, as South Africa, need to go into SA Inc mode to deal with the energy crisis that is starting us in the face,” he said.

“We have the best coal terminal in the world, the Richards Bay Coal Terminal, with a capacity of 100-million tons, but we are using half of the capacity. We have never moved to a level of being comfortable to move 100-million tons. A maximum of 76-million tons has been exported. There is space in the port and there is coal available. The issue is rail.

“Transnet needs to consider allowing a third party to have access to the rail lines so that they can move their own coal. They are happy to give excess to containers to be moved to Durban and they give a contract for two years.

“You have to invest in locomotives and wagons for two years, imagine how expensive it’s going to be to amortise it for two years. It’s impossible to do so. We are having this discussion which is not going to take us anywhere.

“But Transnet is going to have to find a solution very quickly because if you can’t move product, mines are going to be closed and dollars are not going to come to the country. If you don’t get dollars from the export of manganese, coal, chrome and iron-ore, South Africa’s Treasury will have an issue,” said Bayoglu.