Numsa's United Front and leftist party – what lies ahead? 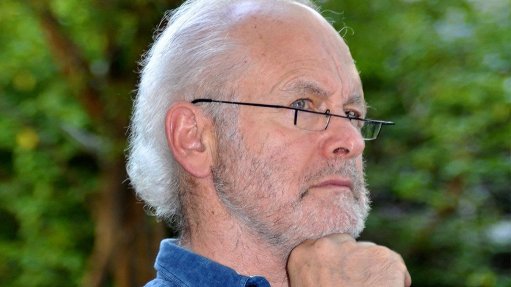 Developments within the National Union of Metalworkers of South Africa (Numsa) attract a great deal of public attention in the media, in political commentary and among political and union figures.  The reasons for this focus are diverse. Much of the media attention is on the implications for the African National Congress (ANC), that the largest Congress of South African Trade Unions (Cosatu) union has withdrawn support and may contest elections as a Workers’ Party.

My understanding is that Numsa has concluded that the ANC no longer serves the interests of workers, especially since the adoption of Gear. They depict the current Cosatu and South African Communist Party (SACP) leadership as colluding in the negation of workers’ interests.  They believe that another vehicle is needed to represent the political interests of the working class.

Over ten months ago, Numsa announced it would not campaign or contribute towards the ANC’s efforts in the 2014 elections. At the same time, it committed itself to establishing a united front, referring to the experiences of the United Democratic Front (UDF) of the 1980s.  It would also take steps to establish a Movement for Socialism and a Workers’ Party.  These would provide a home for those who believe the SACP no longer fulfils a “vanguard” role and reverse current “neoliberal” policies.

From the outset it has been unclear precisely what Numsa envisages from its call for a united front and how this relates to the establishment of a workers’ party and a movement for socialism. Is the front merely of instrumental significance, a stepping-stone leading to that which really matters, the Workers’ Party, or is the United Front important in itself?

If the United Front is important in its own right, what are its founding goals, the common vision that is intended to be the basis on which those who form its components are united?  How does it conceive the organisational base? To what extent does this differ from the working class base of the potential Workers’ Party?  Insofar as it is different, how broadly will it seek organisational affiliation in order to create backing for the demands that motivate the front?

Numsa have been in no rush to clarify these questions, sometimes implying little difference between the two main goals, worker political representation and a united front, or presenting them as interlinked.  It may be that Numsa’s position is unsettled or that there is contestation within the union.

Certainly, interlinkage may be important, but the composition and goals of a united front ought presumably to be much wider than that of a workers’ party, which by definition orientates itself primarily to one section of the population - the working class.

It appears that Numsa has carried out consultations with communities, though it is unclear how widely this has been conducted and behind what potential programme.  But the launch of regional formations of the United Front in recent weeks is significant, although it remains unclear how these formations are composed.

To what extent will the United Front welcome nongovernmental organisations that assist social movements and unions in gaining capacity or provide other specialised assistance of various kinds, but are without their own membership base?

NGOs, through their human and material resources, can play a significant role in strengthening organisations that may form part of any potential front.  Such assistance can be a decisive factor in the survival or collapse of organisational structures. Consequently, there needs to be clarity about the basis on which their resources are allocated.

We also do not know to what extent the envisaged United Front will draw on potential or existing social movements, which they are, around what issues they are organised, what criteria will be used to decide who to include and who to exclude, and who is being consulted and who is outside of consideration. In short, who has been part of the consultations and who has been asked to become part of planning the character of the United Front?

I focus on the United Front because my sense is that the character of current political developments affects a wide range of communities in a range of sectors of society.  Workers suffer, but so do those who are unemployed, some of whom have never had work.  Many live in dehumanised conditions and their children do not receive decent education or live in a safe environment.  Many are homeless and have their shacks demolished. Many experience violence at the hands of the police or the ANC itself.   Combined action by these and other forces that have reason to combat corrupt and violent rule could be an effective force in re-establishing a thriving democratic order - a necessary condition for bettering the lives of all.

Professor Raymond Suttner, attached to Rhodes University and Unisa, is an analyst on current political questions and leadership issues. He writes a regular column and is interviewed weekly on Creamer Media’s Polity.org.za. Suttner is a former political prisoner and was in the leadership of the ANC-led alliance in the 1990s. He blogs at raymondsuttner.com. His twitter handle is @raymondsuttner

Professor Raymond Suttner, attached to Rhodes University and Unisa, is an analyst on current political questions and leadership issues. He writes a regular column and is interviewed weekly on Creamer Media’s Polity.org.za. Suttner is a former political prisoner and was in the leadership of the ANC-led alliance in the 1990s. He blogs at raymondsuttner.com. His twitter handle is @raymondsuttner.