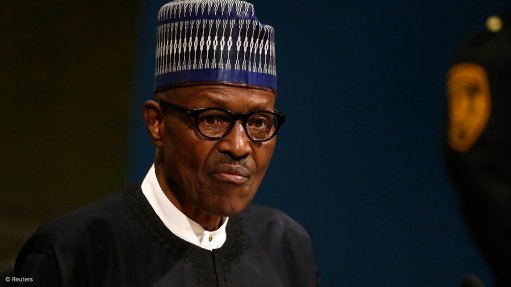 Nigerian President Muhammadu Buhari has signed a long-awaited oil-reform bill and it will be formally presented in the Senate as early as next week, four sources familiar with the matter told Reuters.

The legislation has been in the works for the past 20 years, and the main laws governing Nigeria's oil and gas exploration have not been fully updated since the 1960s because of the contentious nature of any change to oil taxes, terms and revenue-sharing within Nigeria.

But reforms and regulatory certainty became more pressing this year as low oil prices and a shift towards renewable energy made competition for investment from oil majors tougher.

The alignment of both chambers with Buhari's All Progressives Congress party has also given the reforms the best chance of passage in years.

Buhari officially signed the bill late last week, and his team has already been building support for it in the National Assembly.

The sources, who asked not to be named because of the sensitivity of the issue, said the assembly has already chosen teams of members who will work most closely on individual portions of the bill.

Both the Senate and the House of Representatives must approve it before Buhari can sign it into law.

The Ministry of Petroleum Resources sent the draft, the product of months of consultation between Nigerian officials, oil and gas companies and other industry stakeholders, to Buhari last month.

Excerpts from the bill seen by Reuters included provisions that would streamline and reduce some oil and gas royalties, boost the amount of money companies pay to local communities and for environmental clean-ups and alter the dispute resolution process between companies and the government.

It also included measures to push companies to develop gas discoveries and a framework for gas tariffs and delivery.

Commercialising gas, particularly for use in local power generation, is a core government priority.